Trust the Signs of a Magical Process for Elder Care 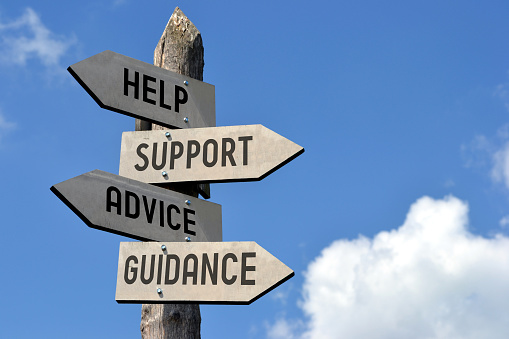 During the week of July 4th, my wife and I camped at the Centre Hall Grange Park.  Thousands of other campers, most of whom appeared to be old enough to receive Medicare, surrounded us to attend the Remington Ryde bluegrass festival.   There were several occasions when conversations turned to elder care issues, but it was still a good vacation from office work.

With little advance planning, our campsite turned into a gathering place for shared meals and conversation. The youngest among our group was 60, and the oldest was an 80-year-old who is still self-employed as a house painter in suburban Philadelphia.  One couple, whose luxury motor coach had Montana license plates, introduced themselves as being from Kentucky, “the state with pretty horses and fast women.” Nearby campers soon became good neighbors who shared provisions or colorful experiences.

Our gregarious painter-friend, who has been playing the mandolin for decades, sought out and attracted other musicians to play and sing a wide variety of songs together, which is a practice known as jamming. The Kentuckian with the motor coach was talented at the dobro, bass ukulele and guitar.  My wife is modest about her abilities with the guitar and mountain dulcimer; and one of her regular jamming friends brought his banjo.    Two other adjacent neighbors played multiple instruments and sang harmoniously.

Newcomers are encouraged to participate in most jams.  But at a regional bluegrass festival, it doesn’t take long for the cream to rise to the top of some jam sessions. When musicians who have never before met come together with a variety of string instruments and orchestrate fast rhythmic music with harmonious vocals, it can feel magical, even to an observer.

Maybe that is why one of the festival’s vendors sold a sign that reads:  “Where The Magic Happens.”  But that is not why I bought the sign for Keystone Elder Law’s new office, which we plan to move into this fall.  When I bought the sign, I was reflecting on a conversation from the night before, when a neighbor with a banjo came to our campsite to visit our mandolin player.

The guy with the banjo and I share the same first name; and when we got to last names, it became evident that he is the son of one of our clients, who is 90 years old. His sister knew I would be at the festival and said, “Maybe you’ll run into my brother who plays the banjo.”  The fact that we were among thousands of campers, but set up adjacent to one another, seemed to be magically serendipitous.

Our client’s son engaged me in conversation, admitting that he had trouble understanding what his sister had explained to him about what we are doing to help their father.   The son understood that we had helped their father to relocate from a personal care facility to a well-respected nursing facility, and also helped his sister to straighten out some messy financial issues.   But it was hard for him to grasp how we could put a plan together that guaranteed that his father would qualify for Medicaid to pay for nursing care sooner than later, save a modest sum for the seven siblings to split, and even avoid the eventual need for probating the will.

The banjo-playing son admitted that his general experience causes him to feel suspicious when something seems too good to be true, such as what his sister told him was the expected outcome of our services. As our conversation about his father and sister concluded, he admitted that he still didn’t understand our process, but felt comforted in his gut instincts that I am a straight-shooter.  Even if the process seemed to be a bit illogical and magical, he was willing to trust it.

Much of our process makes no more sense than the Kentucky campers getting their motor coach licensed in Montana as a legal tool of tax avoidance. As lawyers, we are not responsible to fix legislation, but to consider how the facts of a client’s situation can be repositioned most advantageously to benefit from current laws.

We are often hired by the adult child who our client appointed to act as agent with a Power of Attorney document. One such agent’s face whitened and her hands tightened as she clutched a box of legal and financial papers sitting between us on the conference table during an initial consultation.  We have learned that, unless an agent is able to “push the box” of information about the parent’s affairs across the table to us, then sit back in the chair and breathe a sigh of relief, it will be difficult to provide the type of service that reflects our standards of excellence.

The distant brother should accept the role of being supportive of the sister-agent, and to refrain from second-guessing or micro-managing her actions with too many questions or well-intentioned suggestions.   We refer to certain intermittently-involved siblings as “seagulls.”  Once you begin to feed them a little bit of food or information, the seagulls become hard to satisfy, even though they are likely to move on after they have made a mess from whatever you have given them.

Ideally, trust and respect should be earned. However, in our line of service, we often encounter people who are at a crossroads in their elder care journey and need immediate guidance of which way to turn.   Referrals, website testimonials, and familiarity with this weekly column can provide some reassurance of our credibility.

It is understandable when agents of potential clients are at the crossroads, and sometimes their gut instincts and logic seem to be in conflict. The reason that Keystone Elder Law’s phone number spells MY PEACE is that agents and clients usually need relief from stress.   Humor and laughter can feel therapeutic.  I hope that signs at our new office such as “Trust the Process,” “Where the Magic Happens,” and “Don’t Feed the Seagulls” will be taken in the right spirit!