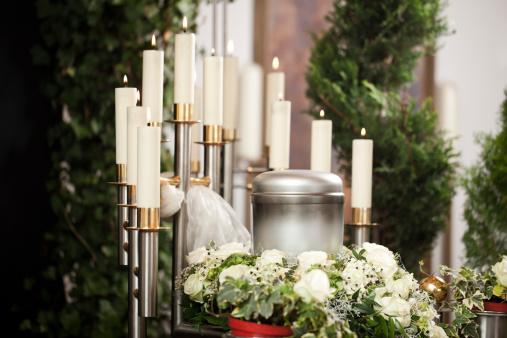 For those individuals who are willing to think about and plan ahead for death, or for families who have had to make choices regarding deceased loved ones, one of the major questions which arises is burial or cremation?

The disposition of human remains has changed over the centuries. According to the Cremation Association of North America, cremation generally began during the Stone Age and was practiced to varying degrees by different cultures around the world over time. It became common practice during the early Roman Empire.  A revival of earth burials occurred with the spread of Christianity, since the belief of early Christians was that cremation was a pagan practice. By about 400 A.D. cremation had become rare, and would remain so until an Italian professor developed a practical and dependable cremation chamber in the early 1870’s. Very soon afterward, the gradual growth of cremation as an acceptable practice began in Europe and North America.

Record keeping of annual statistics of the percentage of bodies which were cremated compared to the total number of deaths in the U.S. began in 1958. This percentage has increased every year and reached 48.6% in 2015.  The highest rates of cremation occur in the Western and Northeastern sections of our country.  The current president of the Cremation Association of North America, Timothy Borden, believes that some of the increasing popularity of cremation is due to the flexibility which cremation allows for the scheduling of memorial services, both in timing and location.

For those who are unfamiliar with cremation, here are a few terms associated with this process (definitions are courtesy of the National Funeral Directors’ Association):

Would you like to learn more about the choice of cremation? Join Shawn Carper of The Cremation Society of Pennsylvania on Thursday, March 2nd at 2:00pm for a free and informal discussion about this topic.  Location:  555 Gettysburg Pike, Suite B-300, Mechanicsburg.  Pre-registration is appreciated and can be made by calling Keystone Elder Law at 717-697-3223.