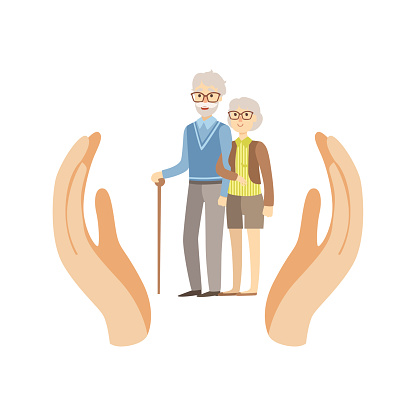 But I’ll bet that it is likely that you know of someone in your family, neighborhood or church who is presently in a nursing home. It’s a double whammy for them. They are living in a dreaded place.  And, it costs their family between $300 and $400 per day.  We will show you how to give a real gift of knowledge this holiday season that will make you seem like a “Wise Man” offering gold. It will cost you nothing to be a heroic figure.  The friend or family member you alerted to a better option will be forever grateful.

Our weekly columns often focus on getting good care.  That’s what is most important. That’s why we employ a care coordinator.  But I often ask our client this:  If we can assure you of a plan that gets you the best care as a priority, and you still could have money left over, would you want leftover money to go to the government, a nursing home, or your family?  Guess what everyone says.  Ninety-nine percent of our clients want extra money for their family.  One percent choose a charity.  The answer reflects the dignity of a client who might have lost his or her independence, but still wants to preserve home and wealth.

Tell your family, friends or co-workers that there is a way to avoid paying $300 to $400 per day for nursing home care. Steer them towards a way to get Medicaid to pay. By law, the care provided by Medicaid funding is the same quality as if paid for privately.  I know.  I’ve heard it already. “It’s morally wrong to take Medicaid to pay for nursing home care until a person is out of money.”  Really? By whose standards are we judging?

It matters to me as an Eagle Scout and lawyer that it is legal to help middle-class families to process their unique sets of facts to be able to apply early to get Medicaid.  Getting Medicaid funds sooner can keep a family from losing a modest financial legacy to the cost of nursing care. Given the priority focus in Washington to help those families with $11 million or more to avoid paying federal estate taxes, helping people to get Medicaid to pay for care of a middle-class resident of a nursing home seems fair to me.

It would be hard for me to report how many times clients have told me that their lawyer or accountant told them:   “Don’t worry; you can afford to pay $10,000 per month.  Be grateful because not everyone can.”  The same advisors have no problem with taking tax deductions and credits on IRS forms. When an advisor doesn’t know how to help a client to save $200 to $300 per day, and thousands of dollars over time from the cost of nursing care, simply saying “you have enough money” is neither a professional nor helpful answer.

I truly am a fiscal conservative. Search the internet for the 2017 Congressional Pig Book. Although the spending reported there is apparently legal, much of it offends me.  If you are a fiscal conservative and are thinking that “two wrongs don’t make a right,” I understand.  But I have offered you a legal and moral basis to focus on your family or friend and feel good about helping them to get Medicaid from the state and federal government.  That benefit is legally theirs to offset their struggle with the cost of nursing care.

Often I sit with a new client as they learn for the first time that they could have legally avoided paying more than half of their net worth over the previous two to three years for the cost of their spouse’s nursing care.  Their reaction is usually some combination of relief that they have “finally discovered how to stop the bleeding;” a sense of frustration or even foolishness that they “have wasted thousands of dollars of family resources;” and occasionally a bit of anger of “why didn’t someone tell me before?”  Don’t be “the someone who says nothing.” Reach out to your friend or family member whose life is now upside down because of nursing home costs.  Encourage them to find out how to get Medicaid to pay for nursing care.

Our articles are usually more subtle.  This is direct because I have heard all too often that “I read your article but I still thought that Medicaid is only for poor people.”  That is incorrect.  Your family and friends do not need to run out of money in a nursing home before they may apply for Medicaid successfully. Most married couples or single individuals may apply successfully immediately upon entry. There are techniques to complete the “Medicaid spenddown” while preserving family funds.  The legal process is tricky and not well understood.

In the spirit of Christmas, if anyone contacts us in December and says something like “I found out from The Sentinel that my family could save money on nursing home costs,” we will discount our initial office appointment where we offer a general, but personally tailored, explanation of how the Medicaid application process works.