Aging and the Passage of Time 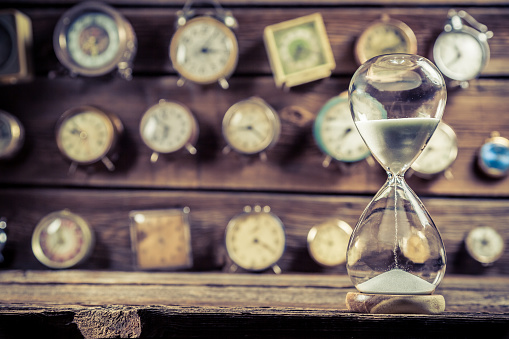 As we entered the new year earlier this month, I remarked to a friend that the years seem to be passing by more quickly as I get older. Obviously, since time is measured in concrete intervals, every minute, hour, day, month, and year occur consistently (we won’t consider leap years in this discussion). Why then does our perception of time differ?  Does this perception change primarily due to age, or do other factors also influence how we interpret the passage of time?

Nancy Darling, Ph.D., in Psychology Today (2010) and Jordan Gaines Lewis, Ph.D., in Scientific American MIND (2013) presented the following general theories regarding the perception that time flies as we get older:

Their articles also highlighted one of the findings of a couple of studies on this subject. These studies, conducted five years apart and in different countries, used questionnaires which addressed the participants’ general interpretation of the passage of time.  Both studies found that the only significant difference between younger participants and older ones was the perception of how quickly the previous ten years had passed.  They found that age did not influence the perception of the speed of the passage of the previous week, month, or year.

A more recent but smaller study used a different approach and measured the subjective passage of time in everyday life for two different age groups; taking into account variables such as the general mood of the participants, the amount of attention required by their activities, and the level of difficulty of their activities.  These specific variables were found to similarly influence participants’ perception about time for both age groups.  But even though age was found not to be a contributing factor, both groups still reported that they felt time was passing more quickly as they aged, in the present as well as overall.

Since various age groups appear to perceive that time is flying by, our attitudes and beliefs about getting older are important to consider, both individually and as a society, since they will influence the setting of values, priorities, and goals and how we design and carry out present and future plans.  Our mindset about aging also plays a role in how we adapt to the unexpected events of our lives.  We’ll spend some time exploring attitudes about aging in future articles.