Aging as a Stereotype or Individual Masterpiece? 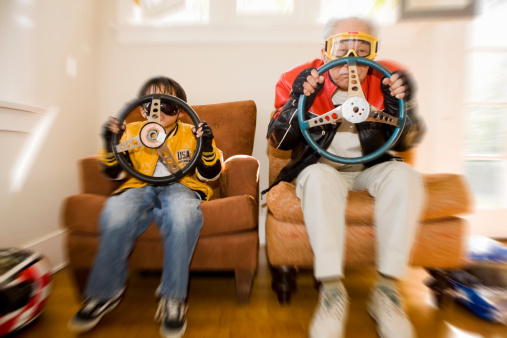 Recently, while perusing birthday greeting cards, I came across a number of cards which poked fun at growing older. One was illustrated with a cartoon of birthday candles chasing a worried looking man in a party hat, while others contained jokes about drooping body parts or memory problems.  Our society often attempts to use humor to deal with topics which make us uncomfortable and the negative connotations of these cards are just one example of the pervasiveness of age-related prejudice and discrimination in America.

I introduced the topic of ageism last week, and the irony that “ageism (is) self-contradictory, as virtually everyone strives to live a long time, while simultaneously moving toward joining a (mostly) undesirable social group” (Michael S. North, Generations, October 2015).  During my years of working in health care, I had a number of patients say to me, “Don’t get old.”  Unfortunately, “old age” is more often associated with decline than it is with opportunity.  But take a moment to consider these “older adults” who have done/are doing amazing things:

While some of these folks have pursued their interests for many years, others have discovered their love of a new hobby or sport after retirement.  They are contradicting stereotypical ideas of aging.  If we are surprised by these accomplishments, it is time to reconsider and readjust our own ideas/attitudes about growing older.

There are steps that each of us can take to help redirect negative stereotypes about aging. Our language provides a prime example. Although we may not intend to discriminate, our choice of words and how we deliver them can reveal underlying attitudes which we may not have previously recognized.  Elderspeak is a term which has been coined to describe the way younger adults sometimes use patronizing language with older adults, such as calling them “honey” or using simpler words and shorter sentences. Ashton Applewhite, a crusader against ageism, has suggested that calling an older adult “75-years young” is insulting in that the phrase infers that the adult should “aspire to be young.”  Stuart Greenbaum, who has worked in public relations for several organizations in the field of aging, suggests replacing the term aging altogether.  He uses the word longevity instead.  Dr. Tracey Gendron, a gerontology researcher, points to the difference between biological aging (physical changes which may cause us slow down) and psychosocial aging (which, to the contrary, is associated with growth).

Changing our language will not be as simple as it may sound, but is necessary since negative stereotypes can be self-fulfilling. Some changes will be more obvious than others.  When I began writing this column, I often referred to “seniors”.  A couple of years ago, I made a conscious switch to “older adults.”  Dr. Judah Ronch, coauthor of the book The Power of Language to Create Culture, emphasizes that words should be based on “the experience you want the other person to have.”  We need to be careful to avoid sending a message that young is desirable and old isn’t, which is, in effect, what we are doing when we try to poke fun at ourselves by blaming age for certain situations.  As an example, Ashton Applewhite refers to the term “senior moments” and states “When we blame things on age, it reflects the fact that we have internalized this notion that our older self is less valuable, less attractive, less active, than our younger self . . . it undermines our self-esteem and our self-image.”

Should we be uncomfortable with ageism, or is this discussion overly sensitive and another attempt to be politically correct? Ask yourself the following questions:  Would you be willing to reveal your age to a stranger? Does the thought of retirement excite or scare you?  What were your thoughts when you noticed your first gray hair?  Your individual attitudes about aging will play a role in how you age and in your relationships and interactions with older adults at home, work and in society.  Culturally, there are benefits to less idolization of youth and greater acceptance of growing older.  Stanislaw Jerzy Lec (1909-1966), a native of Poland who is known for his poetry and his succinct statements of principle and sentiment put it this way, “Youth is a gift of nature, but age is a work of art.”  Are you trying to hold on to what you were given initially, or are you seeking to create a masterpiece?  Also, might you be hindering others from creating their own “works of art?”