Carlisle Cares About Homelessness and Dementia 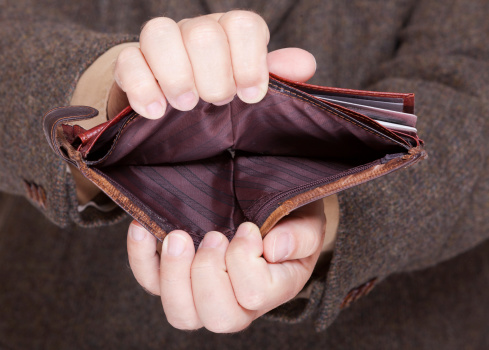 During the extended sub-freezing temperatures, I heard from “Sam,” a faith-based volunteer who serves Meals on Wheels. Sam was trying to get help for “Joe,” a man in his 70s who lives alone in small travel-trailer that is no longer towable.   Joe is living on the edge of poverty in conditions that threaten his life.

Joe’s trailer has no water. A space heater struggles to keep temperatures inside the thin walls above freezing.   For all of its limitations, the once-abandoned trailer now contains all of Joe’s earthly possessions and is Joe’s home.

Sam hoped that I could help him to help Joe. Sam already had called the Office of Aging. Staff there said that, unless Joe is willing to accept the conditions of the help, they could not do anything.   Joe wants to be warm, but he is afraid that he will lose everything if he leaves his trailer.

Anticipating my next question, Sam said “Joe is not demented.”   Joe is scarred by a lengthy prison sentence for a criminal act that Sam believes could have been defended by a top-notch attorney.  Having been incarcerated, Joe now values his independence, even though he is alone, broke and cold.

I could anticipate Sam’s next questions: “Dave, can you help me?  What should I do?”  My answer was not what Sam hoped to hear.  Joe cannot be forced to leave his trailer unless costly legal action is initiated against the owner of the land under Joe’s trailer, or against Joe himself.  Sam neither wants to ask the government to condemn Joe’s home, nor petition the Orphan’s Court to ask a judge to declare Joe to be an “incapacitated person.”

We regularly hear from people like “Nancy,” a concerned daughter whose father, “Fred,” is living alone, unable to use the stairs safely to get to the second floor bathroom and bedroom, and unable to remember when to take medications.   We have more options for Nancy and Fred than we do for Sam and Joe.

In each case, it is important to focus on the older person, such as Fred or Joe. What do they want?  Is what they want “a threat to themselves or others?”   Is it such a threat that the government needs to take control of their decisions?

That might sound too melodramatic, but the process of petitioning for guardianship is one of getting a judge to listen to enough evidence to conclude that an adult citizen is no longer capable of making decisions for him or herself. If that is the conclusion, the Orphan’s Court will appoint a guardian, who is usually a family member.  If family member is not available or willing, as in Joe’s case, then an agency will take over the incapacitated person’s affairs and make decisions.   Taking away the rights of an older person to be independent is not  an easy decision for a judge.

A case becomes more complex when we can’t reason with our client to create a safe care plan. A petition of guardianship is a final option.  We won’t get into the details of the guardianship process here. Several previously published articles which discuss that subject are on our website.

So what might Sam do to help Joe now? After the cold passes, Joe probably will want to return to his independent life in his discarded travel-trailer.  Sam understands  that  an effort to get Joe’s trailer to be condemned as uninhabitable, or to petition the Orphan’s Court to have Joe be declared to an incapacitated person, would be opposed by Joe.  Even if Sam would not care about that, such efforts would require time and money, and in all likelihood would not reach the outcomes Sam might imagine.

Ultimately, I suggested that Sam might help Joe to get in from the cold in the closest homeless shelter to Joe’s trailer. If Joe’s trailer had been in Cumberland County, I would have suggested that Sam contact Carlisle Cares, whose mission is “serving the emergency needs of those without a home with compassion, respect and resources.”

To learn more about Carlisle Cares, visit their website. Or, better yet, you can attend their upcoming fundraiser, the world premiere showing of “The Leisure Seekers,” this coming Wednesday January 17th at the Carlisle Theater.  The Leisure Seekers stars Donald Sutherland and Helen Mirren.  Since next Wednesday’s showing really is a world premiere, all I know is that the movie’s theme involves a Maine-to-Florida trip in a recreational vehicle by a couple, one of whom has Alzheimer’s disease.

Probably, you are neither homeless nor living with Alzheimer’s disease, but you almost certainly have known someone who is. Next Wednesday is a chance to learn more about both.  Tickets to Carlisle Cares’ fundraiser are available on-line or from the Carlisle Theater at a cost of $25 per ticket.