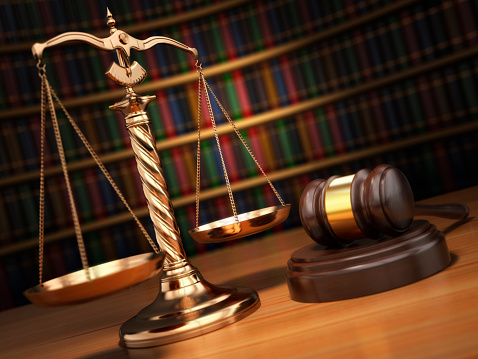 The law for Estate Planning was largely designed with a traditional nuclear family in mind.  As time goes by, we realize that there are many families who don’t fit neatly within that nuclear family bubble and who face unique challenges.  Estate Planning has historically posed a significant challenge for same sex couples.  The availability of marriage, in particular, has had a major impact.

Currently, same sex couples have a right to marry in the Commonwealth of Pennsylvania.  That right was established in 2014, in the case of Whitewood v. Wolf, which was following the United States Supreme Court’s landmark decision in United States v. Windsor in 2013.  In the Windsor case, the surviving member of a same-sex couple whose marriage was lawful in her home state of New York, sought to have the Federal Government recognize her marriage and allow her a spousal exemption from Federal Estate Tax.  The United States Supreme Court held that section 3 of the Defense of Marriage Act (DOMA), a Federal law, was unconstitutional under the Fifth Amendment of the United States Constitution.  That section of DOMA defined “marriage” and “spouse” to apply only to an opposite sex couple.  The Court held that section of DOMA violated the equal protection and due process principles in the Fifth Amendment by identifying a subset of state-sanctioned marriages and making those marriages unequal in terms of access to tax benefits such as the Federal Estate Tax at issue in the case, as well as a number of other benefits available to spouses.

Soon after, the Middle District of Pennsylvania decided Whitewood v. Wolf.  That case decided that Pennsylvania’s Marriage Laws, which defined marriage as being between one man and one woman, were unconstitutional for the same reasons as the similar provision of DOMA.  The Whitewood v. Wolf decision was issued on May 20, 2014, and thereafter same sex marriage has been lawful in the Commonwealth of Pennsylvania https://casetext.com/case/whitewood-v-wolf.

Without access to marriage, couples in loving, committed, same-sex relationships had no more legal rights than roommates.  The most significant person in their life might not have been permitted entry into their hospital room.  Wills leaving property to a same sex partner could be attacked and invalidated by family members who were not supportive of their relative’s relationship.  If both names were not on the deed to real estate, the surviving partner could lose the home they invested in and planned to live in for the remainder of their lives.  If property did successfully pass by will to the same sex partner, inheritance tax was charged at the highest rate payable by a person who is unrelated, rather than the lowest rate payable by a spouse.

Adoption was historically used as an estate planning tool by same sex couples.  Rather than become spouses, one member of the same sex couple would become the adoptive parent of the other.  It was not the ideally desired legal relationship, but if a Court granted the adoption, the couple had a legal relationship that allowed more rights than would otherwise be available to them.  The adoption terminated the familial relationship and inheritance rights as to one partner’s (the adoptive child’s) biological parents.  In their place, it established a family relationship with inheritance rights as parent and child between the members of the same sex couple.  For most of the last century, the inheritance tax rate was still more favorable between spouses than between parent and child, but the parent-child rate was and remains more favorable than the rate for unrelated persons.

Same sex couples continue to face unique challenges in Estate Planning that are less common for opposite sex couples.  Adoption continues to be an important tool in family and estate planning for same sex couples, though now it is used in the way Adoption is expected to be used, to secure parental and inheritance rights with the children of the relationship.  Assistive Reproductive Technology (ART), including in vitro fertilization, genetic donation, and surrogacy, is more common among same sex couples.  Couples who need to rely upon ART to have children are in a more complicated situation for family law and estate planning reasons.

Another distinction of ART that could pose challenges in estate planning is its timing.  If someone passes away, we typically expect any of their children to be born no later than 9 months after their death.  That is not necessarily the case with ART.  Genetic material or embryos can be frozen and used later.  A child born through ART could be born years after the parent’s death.  A person who expects to use ART to have children should talk to an estate planning attorney about how to provide for any children that may be born after their own passing.