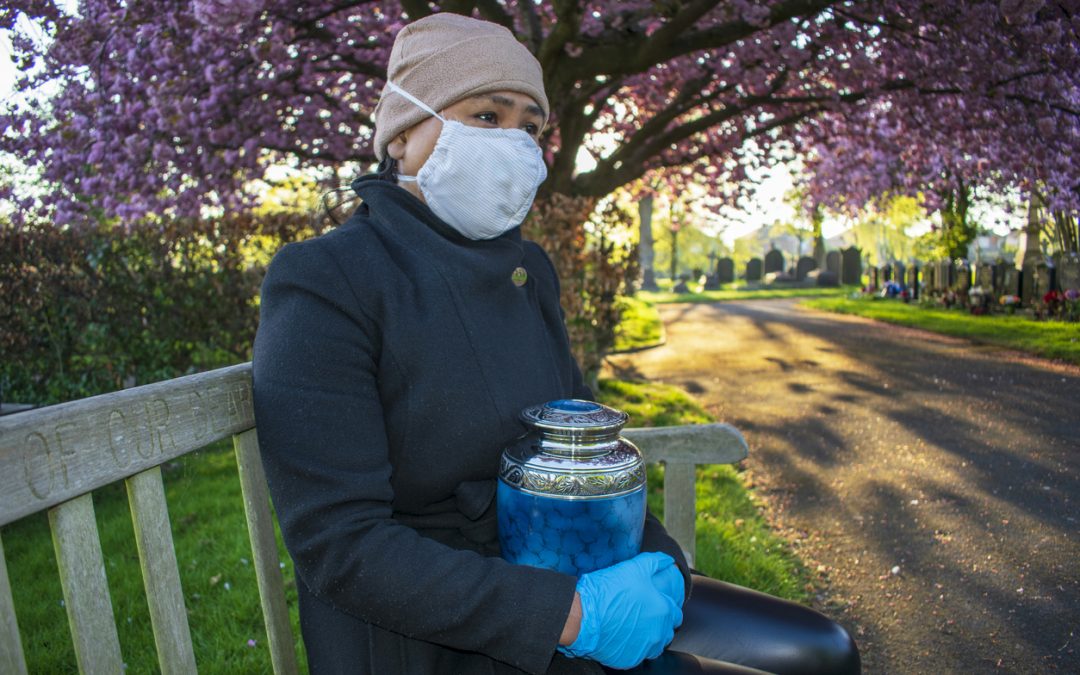 Deciding what to do with the remains of a loved one can be a touchy subject, especially if the deceased’s only stated preference was to say “no muss no fuss,” which means different things to different people.   While the topic of advance funeral planning is avoided by some people, for many reasons it is better to discuss and plan arrangements in advance.  Funeral directors have training and experience to know how to offer counseling in a pre-planning conference.

A pivotal choice is whether the remains shall be embalmed for a traditional casket burial, or whether the remains shall be cremated.  Some of our clients have family burial plots where they wish to be interred, but have not yet decided whether they prefer to be buried in a casket or cremated.   Rental of a casket for a viewing before a cremation is an option, especially if the likely attendees of a funeral service are mostly local and able to come on sudden notice.

When considerable advance notice is needed to gather geographically distant loved ones, immediate cremation with a future memorial service at the convenience of the family can be a practical option.

Although it is prohibited by some religions, and is discouraged but tolerated by others, general acceptance of the practice of cremation is increasing.   According to the most recent report by National Funeral Directors Association (NFDA), in 2018 around sixty percent of Americans would choose cremation for themselves. That number is projected to reach nearly eighty percent by 2035, when there are expected to be nearly three million cremations per year.

The NFDA says that a variety of factors have influenced changing consumer preferences, including a softening of religious prohibitions, environmental concerns, and the lower cost of cremation in comparison to a traditional casket burial. In Pennsylvania and most other states, a preauthorization form for cremation must be signed by the next of kin if the deceased person did not preauthorize during advanced planning.

Some people are concerned about how cremation could occur if their body is at a remote location when death occurs.  A “Travel Protection Plan” can be purchased for $450 to insure against that potential cost. Another option could be to switch to a funeral home in the area where the death occurs, then transfer the funds there from a prepaid funeral trust.   All the details of the original funeral preplanning agreement might not be guaranteed.

Occasionally we will have a client express a desire to have their ashes scattered at a specific location, which sometimes leads to a question such as “is that legal” or “could we get away with it?”   Since there is no public health risk from cremated ashes, more than likely, the answer is “yes.”  The scattering of cremated ashes is generally permitted, and regulations and restrictions seem to reflect mostly common sense or common courtesy.

According to a source at the Pennsylvania Bureau of State Parks, the scattering of ashes is permitted with prior approval of the park manager, who as part of the approval process will need to know details such as time, date, and location.  Approval may be verbal or in writing and is conditional upon avoiding conflicts with operational issues.  Memorials are also handled at the park level in a similar fashion.

Scattering of ashes in sea is permitted if the scattering occurs at least three miles offshore in water at least 600 feet deep, as required by the federal Clean Water Act.  Ornamental urns with a nautical theme are sold for this purpose.  Biodegradable urns with nautical themes are available.  For inland, freshwater scattering, it may require obtaining a permit from the state agency which manages the waterway.

Scattering of ashes is permitted at national parks. There are no fees connected with scattering cremated remains, but it is necessary to obtain advance written permission.   Possession of the permit at the time of scattering, and following its guidelines is required, but no other involvement of park staff is necessary unless more than twenty-five people will be in attendance.

The scattering of cremated human remains should be planned as a small private affair, held away from high visitor use areas of public recreational areas. Spreading ashes should be exercised with discretion as it is generally a very private moment.  Some parks suggest that early mornings are the best time to avoid crowds, especially at popular locations.

Some churches have a Memorial Garden, where ashes are interred in biodegradable containers and bronze nameplates on a wall sign list the names of those whose ashes are present.  To date, no municipality in our area has reserved a remote section of a public space as a place for cremated ashes.

The cost of a cremation varies depending upon whether it is a direct cremation or involves the services and facility of a funeral home.  A direct cremation typically is priced considerably less than $2,000 and includes transporting the body from the place of death to the crematory, the crematory fee, returning the ashes to the family in a minimal urn unless an ornamental urn has been purchased, and completion of the paperwork to notify Social Security and obtain death certificates.

A policy of “don’t ask don’t tell” might be the easiest path to fulfill an unusual desire of a loved one for the burial or scattering of ashes.  However, informing loved ones and arranging your own cremation in advance is not only considerate to your family but the best way to make sure that your wishes are fulfilled.

For additional articles about end of life issues, visit https://keystoneelderlaw.com/end-of-life/