Duties as a Fiduciary for Estate Planning 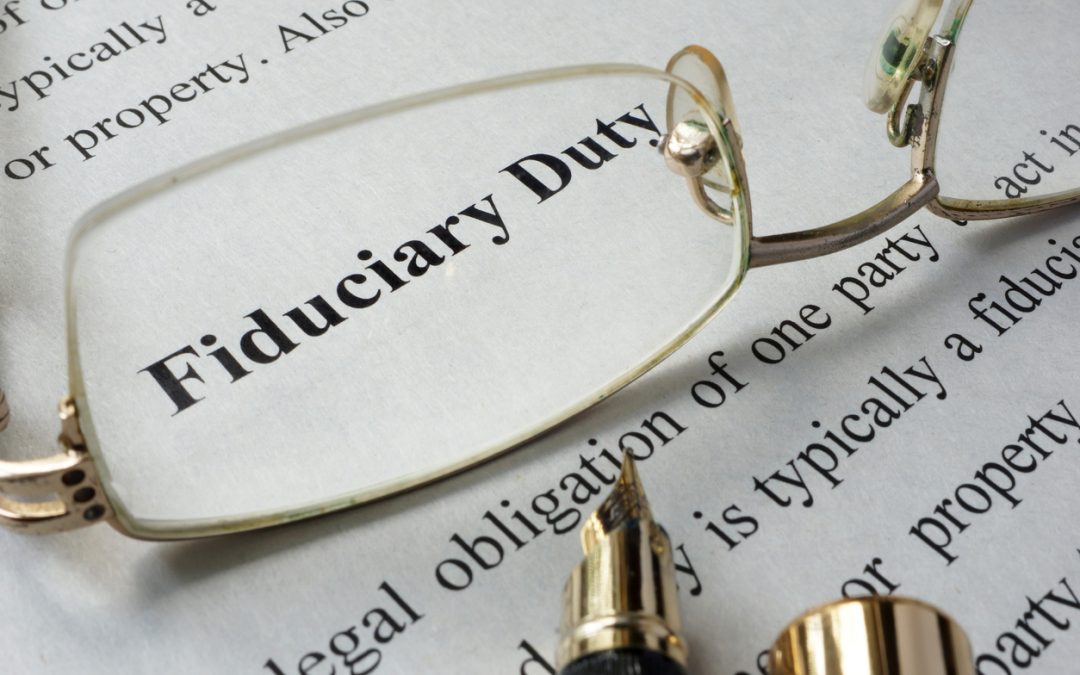 You may have heard the term “fiduciary” when reading about estate planning.  Appointing another as fiduciary in your estate planning documents is a way to plan for future incapacity.  However, you may not be aware of what it means to be a fiduciary and the high standards to which a fiduciary is held.

First, a fiduciary is a person or entity which holds a legal or ethical relationship of trust with one or more other parties.  Typically, the fiduciary holds cash, assets, or title to property for the benefit of another individual (often called the Principal or the Beneficiary).  Examples of fiduciaries in the estate planning context are trustees of a trust, guardians of a person or estate, personal representatives of an estate, or power of attorney agents.

The person or entity appointed fiduciary is held to the highest standard of care and is subject to certain duties.  This article attempts to generally explain the most important duties to which a fiduciary is held.  Keep these duties in mind when considering who to name as fiduciary in your estate planning documents.

Duty to Act in Good Faith

Another duty of a fiduciary is to act in good faith.  This is perhaps the easiest of the fiduciary duties to understand.  Good faith can be defined as “honesty or sincerity of intention.”  This duty is often associated with the duty of loyalty and requires that the fiduciary act honestly when acting on behalf of the Principal/Beneficiary.  One way to think about this duty is that fiduciaries should conduct themselves in a way that they would if it were their own property, when acting on behalf of a Principal/Beneficiary.

Duty to Act Within Scope of Authority

While this article does not attempt to be an exhaustive list of fiduciary duties, it is intended to be a starting point for those who are currently fiduciaries or may be fiduciaries in the future.  A failure to follow duties such as those described above could lead to the fiduciary’s removal and potential personal liability for transactions that occurred while the fiduciary was managing the property of the Principal/Beneficiary.  If you have been appointed fiduciary of another’s property and have questions or need help understanding whether or not you have fiduciary responsibility, you should contact an experienced estate planning attorney.