Enhance Aging by Changing Your Language? 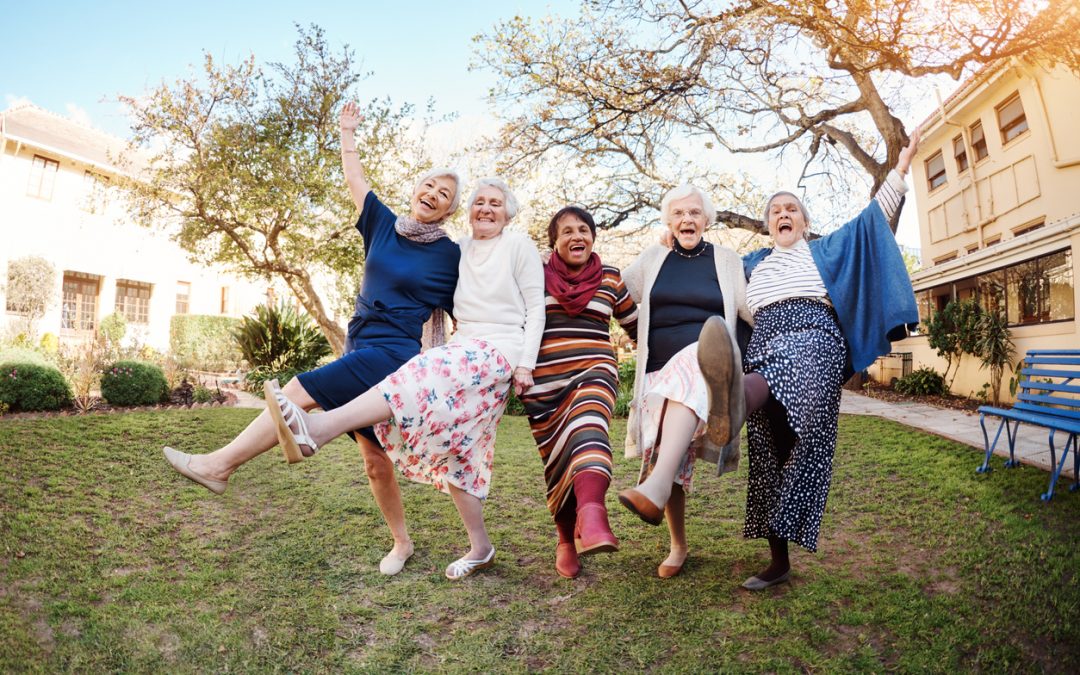 The power of words is the bread and butter of professionals who work in fields such as marketing or translation.  Would you rather purchase a homemade chocolate cake or a moist, rich chocolate cake?  For the accurate translation of written text or verbal conversation from one language to another, the choice of words is critical to convey the correct message.

Grasping the power of a word is more than just understanding how it is defined in a dictionary. The interpretation of a word is also influenced by cultural norms and expectations.  For example, think about a birthday.  Specifically a 60th birthday. What comes to your mind as an American? Maybe a party.  Perhaps considerations about when to retire.  If a 40th or 50th birthday is “over the hill,” what does that mean for birthday number 60?

In Korean culture, however, one’s 60th birthday (or 61st depending upon whether you are counting by Western or Korean years) has traditionally been a time of lavish celebration which even has its own word – hwan-gap.  This celebration was designed to honor the individual and included rituals such as the type of clothing worn and a specific order and method for family members to approach the individual and bow.  Since people are currently living longer, a large celebration now often takes place at the 70th or 80th birthdays instead, which also have their own designated words.

Thus, Americans and Koreans are likely to hold different views and experience different emotions surrounding a 60th birthday for oneself or a loved one.  These thoughts and emotions become the natural basis for behavior. An understanding of the cultural influences associated with the words “60th birthday” create perspective as to why an American may try to ignore an impending 60th birthday while a Korean individual would eagerly anticipate it.

Since this is as elder care column, let’s think about the word aging.  What thoughts or images come to mind when you hear this word?  An article in Britannica by Kara Rogers describes aging as “the progressive change in an organism that leads to an increased risk of debility, disease, and death.” No wonder this word often leads to feelings of helplessness and despair in the English language.

It is easy to generalize aging as a period of steady decline. In reality, aging does not follow a straight line downward or any other general direction. Nor are specific ages reflective of certain physical, cognitive, and social characteristics for everyone.  Aging is a complex process which involves a variety of internal and external influences such as one’s genes, attitude, access to resources, education, etc.

Focusing on attitude, what we think about the process of growing older and our response to the specific details of our individual journeys can play a significant role in what our later years look like.  Have you heard the term “self-fulfilling prophecy”?  Sociologist Robert Merton developed this term, defining it as “A false definition of the situation evoking a new behavior which makes the originally false conception come true”.

Apply this concept to aging.  If an individual believes that aging is a period of steady decline and the result will be eventual helplessness, the individual is likely focus on negative thoughts (“I’m too old to do that,” “Nobody is interested in an old woman like me,” or “It’s too much trouble”).  These thoughts lead to choices which reinforce the negative belief, such as limiting activity and/or social engagement.  Very soon, the individual will begin to experience the anticipated physical and cognitive decline.

Changing negative thought patterns and their resulting behaviors can be challenging. https://keystoneelderlaw.com/nourishing-hope-for-2021-and-beyond-part-ii/  The first step is to learn to choose alternate words for the concept with which you are struggling. Finding words which create less threatening or maybe even positive thoughts and images about any concept can encourage action instead of avoidance.

For example, consider someone who dislikes winter.  The individual needs groceries, but the weather forecast is for ‘frigid temperatures.’  The word ‘frigid’ might sound unbearable and result in a decision to stay home and eat a bowl of cereal for dinner.  If, on the other hand, the weather is described as ‘cold,’ the individual is more likely to think that a regular dinner is worth the temporary unpleasantness of going outside for a short time to obtain the needed groceries.

So what is a good word to replace the term ‘aging’?  In a recent American Society of Aging Legacy Interview https://agewave.us8.list-manage.com/track/click?u=c22c90f1f17de0b544d9360ff&id=7068f56cd6&e=9af307c470, Jeanette Takamura, the former U.S. Assistant Secretary of Aging, expressed her preference for the word ‘longevity.’   In her opinion, and I agree, “It’s more aspirational.  We want to live.”

Longevity, described in the same Britannica article mentioned above, is “the span of life of an organism.”  To me, the word ‘life’ in this description conveys more than just a period of time.  The word ‘life’ is often used to describe a person or thing possessing energy, strength, and vibrancy.  If we use these words to think about the future, we are more likely to make plans and engage in activities which reflect these characteristics.

Changing your words will not automatically create a rosy future.  It is unrealistic to expect that changes and challenges will not occur.  A person’s outlook, shaped by their words and language, can lead to unanticipated opportunities, or predicted doom and gloom.  Harness the power of ‘longevity’ and discover where it may lead you.