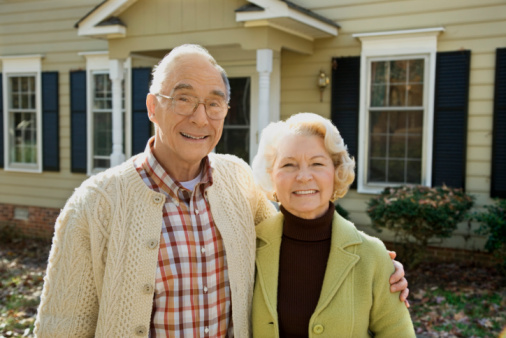 Getting married because of the desire to have children was once the standard practice for young couples. Decades later, those same persons who have become widowed or divorced face an ironic twist in their thinking about marriage.  They might wonder if remarriage must be avoided for the sake of their first family and their own personal economic well-being.

A scholarly article published in August 2012 by the National Council on Family Relations concluded that “Older unmarried adults are as likely to form a cohabiting union as a marriage. Once formed, later life cohabitations tend to endure, indicating that cohabitation serves a unique function for older adults: It is a long-term alternative to marriage.”   The article cited Census data which show that the number of cohabitating couples who are old enough to collect Social Security more than doubled from 1.2 million in 2000 to 2.75 million in 2010.

A variety of issues deserve thoughtful consideration and guidance with respect to the effect of a second marriage.   Prenuptial agreements can address the impact on a family business, children’s expectations of an inheritance, and other issues.   Although prenuptial agreements cannot offer absolute protection against the cost of long-term care, it is usually unnecessary to conclude that marriage should be avoided.

It is upsetting when a government program discourages or penalizes remarriage.  For example, the federal Department of Veterans Affairs (VA) will terminate a “Survivor’s Pension” if a widow of a veteran remarries.   A widow who remarries before age 60 is more likely to lose benefits than one who remarries after age 62. Progressive federal income tax rates cause middle-class individuals who have similar taxable incomes to pay more total tax if they marry than if they remain unmarried.

Court-ordered alimony after a divorce can be terminated automatically by remarriage. However, if a payer of alimony can prove that the payee is cohabitating continuously, a court could order termination of alimony even without remarriage.

If one individual has substantial debt and a poor credit rating because of circumstances which occurred prior to meeting the cohabitating partner, the wealthier partner might be wise to avoid a legal union that could jeopardize a solid asset structure and excellent credit history.

It is surprising for a married person whose assets are accounted for individually to discover that the government does not consider prenuptial agreements during eligibility decisions for certain benefits. Even if a second marriage was entered into for moral reasons with a clearly documented understanding that the remarried couple would maintain their finances separately, the government will ignore the prenuptial agreement and require that the assets be evaluated as if combined.

In one case, an indigent ex-wife and her ex-husband no longer had a romantic relationship, but they had somewhat reconciled after divorce to live as best friends in separate bedrooms in his home.   She and her two adult children were amused to discover that it would be beneficial to remarry her ex-husband at the time he entered a nursing home. Remarriage of the unconventional parents gave Mom a legal right to claim Dad’s modest home as her own.

Adult children whose parents have remarried and created a step-family have reason to be concerned about filial responsibility. Pennsylvania’s laws cause an adult child to be personally liable to a nursing home for the cost of the care of their legal parent if the parent cannot qualify for Medicaid after all assets have been depleted.  Imagine the frustration of a blameless adult child who discovers that a parent’s Medicaid eligibility was denied because a step-parent had given money to his or her children in a manner that violated Medicaid regulations!

Occasionally, when married persons have drifted apart or separated their assets, a well spouse in the community will refuse to cooperate with another’s application for Medicaid. Reasons can vary and include:  spousal abuse; existence of a prenuptial agreement; dementia of the community spouse; or greed of the family.  There is no regulatory provision in Pennsylvania to permit spousal refusal.

When spousal refusal occurs, usually DHS may approve an application for Medicaid using an analysis as if the applicant were a single person, while reserving the legal right to go after the refusing spouse for payment. Since hardship, such as documented spousal abuse, is normally needed for a refusing spouse to defend against a DHS collection action, and there are legal techniques by which marital assets may be transferred to the spouse of an applicant for Medicaid, spousal refusal is normally not a good idea.

Because a future need for long-term care is probable for at least one person in 60% of married couples over age 65, individuals would be wise to seek the advice of an elder law attorney, whether they are tying the knot in a second marriage or choosing to cohabitate otherwise. Estate planning documents and prenuptial or cohabitating agreements need special provisions to enable future asset protection during a probable long-term nursing home care event. Proper legal strategy can shelter substantial assets from the cost of long-term care of a second spouse without jeopardizing a family business or children’s inheritances.

Family planning to consider the probability of long-term care needs of second marriages and cohabitating seniors does not need to take the romance out of a relationship any more than family planning does for those of child-bearing age.