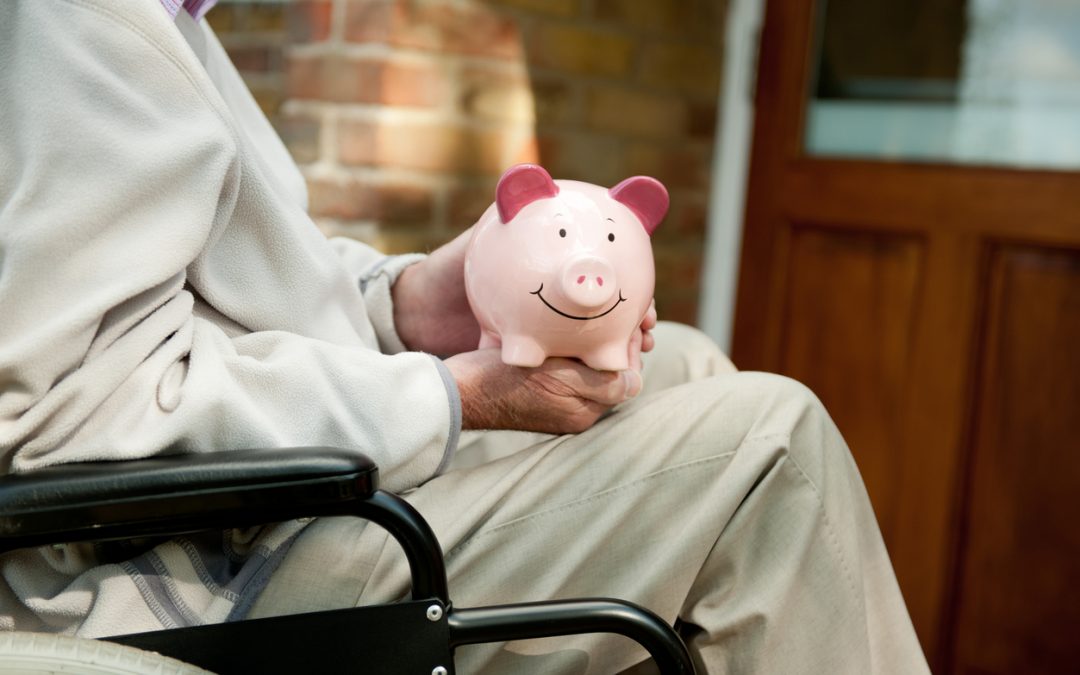 Pennsylvania’s average cost of nursing home care is now $10,420 per month, according to information provided recently by the Department of Human Services (DHS).   Within the past month, we have seen costs in our area ranging from $7,950 to $13,200 per month.  The highest cost does not necessarily ensure the best care.

Healthy baby boomers who have their housing and college-related expenses well-managed would be wise to talk with an insurance agent to explore options for long-term care insurance.  However, the vast majority of people are not well enough physically, stable enough financially, or equipped emotionally to deal with the reality that most of us become frail if we live long enough.  For those reasons and more, the majority of your neighbors will never buy long-term care insurance.

Years ago, at the time that the Affordable Care Act was passed, the federal government toyed with adding long-term care insurance.  To shorten a long story, after two years of political gamesmanship, a non-partisan study concluded that government insurance of long-term care will never work for many different reasons.

Many people are shocked to discover that Medicare has a limit of 100 days as the most coverage that anyone can get for rehabilitation in a nursing home.  After Medicare ends, if a person doesn’t have long-term care insurance, and is not well enough to go home, the big expense begins.

Few are aware that there is government program that pays for long-term care costs.   Federally, it’s called Medicaid; but when DHS administers it in Pennsylvania, it is called Medical Assistance.  I believe that the primary reason that the Department of Public Welfare (DPW) changed its name in 2014 to DHS is that middle-class persons had a hard time admitting a need for “Welfare” to pay for their long-term care.  Accepting money from “Human Services” does not rub salt on one’s dignity.

Most middle-class people do not understand that a person does not need to be “broke” to qualify for Medicaid to pay for long-term care.  The program is designed to allow the healthier spouse to retain assets and live independently in the community.   Even single individuals may use legal tools to preserve approximately half of their remaining assets at the time of crisis.

Let’s look at a couple of examples to get an idea of what is possible.  There are numerous regulations and policies which allow asset preservation. They are neither intuitive nor well known.   To understand “how can that be legal?” it is sometimes useful to compare Medicaid laws to the complexities of how the IRS code allows taxpayers who have a savvy accountant to save a lot of money.

Suppose John and Mary are married and in their 70s.  They own a home and have around $400,000 in various other assets.  Generally, assets include investment real estate, and anything that has a vehicle title, or for which a 1099 report is issued by an institution to the IRS, including the cash value of life insurance.  John and Mary each have retirement income of $2,500 per month from Social Security and/or pension payments.

John has a stroke and requires permanent nursing care at a facility due to immobility.  On the surface, the regulations seem to permit John to keep $2,400 and Mary to keep $126,420.  That means $271,080 would need to be “spent-down” before DHS will pay for John’s care.  Assuming the facts of this example, that would be over three years of paying privately for nursing care, leaving Mary with a fractional and inadequate nest egg.

Properly advised, Mary can make some wise decisions to accelerate the process of qualifying for DHS money.  Even a nursing home’s staff will often suggest pre-paying for funerals, making home improvements, or purchasing a new car.  But most nursing homes do not advise people like Mary how to become eligible for DHS funding immediately. That’s because a nursing home gets reimbursed a little more than $6,000 per month from DHS to deliver the identical amount of care for John that would have cost Mary more than $10,000.

There is a legal technique that permits virtually immediate eligibility to get Medicaid to pay for long-term care, thereby saving Mary more than $250,000 without jeopardizing home or John’s care. The technique works for those whose net worth is more than John and Mary’s, but once a couple’s net worth is well in excess of $1 million, early qualification for Medicaid is neither feasible nor necessary.

Similarly, imagine that Richard, a widower, owns a home worth $175,000 and has $150,000 in other assets, as well as a monthly income of $2,500. He also is immobilized after a stroke.  Neither of his two children needs his home, which is well-maintained and can be sold quickly.

Richard wants his children to split the proceeds from the sale of his home, but internet research warned them that Richard “gifting” them anything more than $500 would cause serious penalties. All that is true, but it is also true that, in the facts of this case, there would be a way for Richard’s children to set aside at least $125,000 as their future inheritance, not have to be personally out-of-pocket to pay for Richard’s nursing care, and avoid the expense and hassle of future probate of Richard’s estate.

Maybe saving money is not what concerns you.  Perhaps you want to provide for a disabled sibling who has special needs.  Or, you believe that someone who has been caring for Richard or John should be permitted to keep his house.  Maybe you just want access guidance to get the best care for your loved one. Call our office for a free consultation with our care coordinator to learn what factors you should be considering as you make decisions for yourself or a loved one.