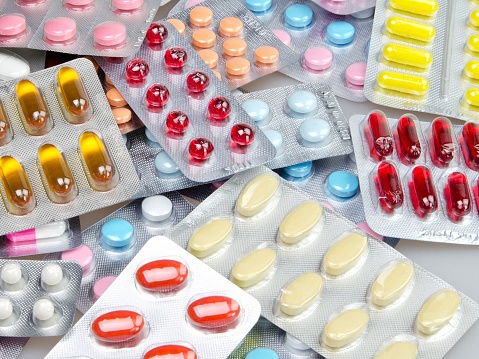 Have you ever heard or read a news report about nursing home residents receiving certain medications primarily to keep them quiet and compliant? These types of medications are referred to as psychoactive or psychotropic drugs because they are substances which affect the brain with regard to an individual’s perception, mood, consciousness, and/or behavior. The use and potential abuse of these medications in nursing homes is complicated and has received attention and regulation by the federal government for a number of years.

One type of psychotropic drug which has commonly received attention is antipsychotics. Some examples of antipsychotics include lithium, haloperidol, risperidole, quetiapine (Seroquel), olanzapine (Zyprexa), and thioridazine (Mellaril).  Antipsychotics were traditionally used to treat conditions such as schizophrenia or bipolar disorder, which cause individuals to experience symptoms of an altered reality, such as delusions and hallucinations. In the elderly population, they have also been used to treat the psychosis, aggression, and agitation experienced by some individuals with dementia.  Monitoring of the use of antipsychotics in nursing homes gained momentum with the passage of nursing home reforms as part of the 1987 Omnibus Budget Reconciliation Act (OBRA), which mandated that residents be free from “physical or chemical restraints imposed for the purposes of discipline or convenience.”  The regulations also specified requirements for written physician orders, limitations on “as needed” administration, and efforts to reduce drug dosages or discontinue these medications entirely. A few years later, the OBRA of 1990 established requirements for routine reviews of resident medication regimens and involved pharmacists in the process for monitoring medication use.  Implementation of these requirements continued throughout the 1990’s as the Centers for Medicare and Medicaid Services refined their regulations to comply with OBRA requirements.

Most of these changes occurred prior to the Food and Drug Administration’s initiation of general warnings about the use of antipsychotics by older adults. Since the bodies of older adults process medications differently than those of younger adults, older adults are more likely to experience additional and more serious side effects when using these medications. Additional risk factors for experiencing side effects include the greater likelihood of drug interactions (since older adults generally take more medications than younger ones), acute illness, and difficulty following a medication regimen (due to physical, cognitive, and/or financial limitations). Some of the side effects which may be experienced include sedation, restlessness, involuntary movements, dry mouth, blurred vision, urinary retention, weight gain and changes in heart function.  The potential benefit of antipsychotic use must be weighed against these potential side effects in deciding quality of life factors for each resident.  The administration of antipsychotics for the treatment of symptoms of dementia remains an “off-label” use according to the FDA.

Although a 2001 study by the Department of Health and Human Services Office of Inspector General found that psychotropic drug use in nursing homes was generally appropriate, this issue continues to attract attention and new regulations are currently being implemented. The monitoring of psychotropic drugs has broadened, and now includes anti-depressants, anti-anxiety agents, and hypnotics in addition to antipsychotics.  As needed (PRN) psychotropic and antipsychotic medication orders have been given different limitations.  PRN psychotropic drug orders are limited to 14 days unless the prescribing healthcare provider documents the length of time and reason for a different duration in the medical record.  PRN antipsychotic drug orders are limited to just 14 days, and the prescribing healthcare provider must evaluate the resident and appropriateness of the drug before it can be renewed.

Medication related regulations have been moved from the section about quality of care to pharmacy services.  While a pharmacist will still conduct a monthly review of each resident’s medications, irregularities which are identified must now be communicated to the Medical Director of the facility in addition to the attending physician and Director of Nursing.    The attending physician has an added responsibility to document the review of the pharmacist’s report, changes which are made, and the rationale if the pharmacist’s recommendations or suggestions are not followed.

While the existence and enforcement of nursing home regulations helps promote resident safety, quality of care, and quality of life; the most effective tool that a resident may have in working toward these goals is an informed and involved advocate. The presence of loved ones who are familiar with a resident’s history, habits, and hankerings will help an often impersonal system move toward a more person-centered approach to care which regulations alone cannot create.