Moral Implications of the Cost of Long-Term Care 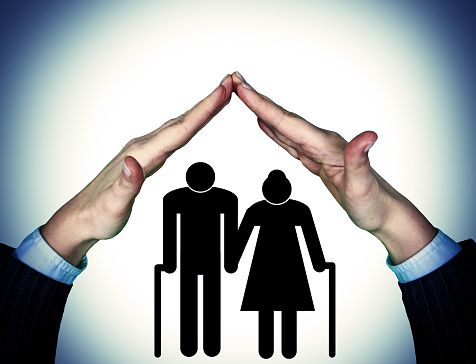 Recently, Jane called our office because of feeling financial distress and a bit of confusion.   Her husband, Bob, has been in a long-term care facility since 2014 for help with dementia.  It was an emotionally difficult decision for Jane to accept the help of her supportive family to relocate Bob from the family home, which was necessary because he needed constant attention for safety reasons.

About a year later, the continuing care retirement community needed to relocate Bob from the personal care or assisted living level of care to the skilled nursing area. The cost increased significantly.  Jane still had $300,000 which she had inherited and never spent due to a modest lifestyle, but she felt pressure from the $10,000 per month cost for Bob’s care.

Jane had been confiding in the women at her church about the ongoing situation with Bob. One of the women responded to Jane’s financial distress by sharing that her daughter found a lawyer who helped her to meet all the eligibility requirements so her family could qualify immediately as an applicant for Medical Assistance from the Department of Human Services (DHS) to pay for her husband’s care. Jane had imagined that the care from the nursing home would not be as good if Medicaid funds from DHS were used, so she was surprised to discover that federal regulations guarantee that the quality of nursing care is not affected by whether payment is made privately or by Medicaid.

A second woman from the church, who had worked for many years at a retirement community, advised Jane differently. Imposing her personal opinion as if it were a gospel truth, she counseled Jane that it would be immoral and dishonest to “take advantage of the system” and apply for Medicaid before she “spent all the money on care that she was supposed to.”   By following that inappropriate and unloving advice, Jane spent nearly $200,000 on care that she had a legal option to save for her family.

Ironically, the second woman’s previous employer is a church-sponsored, non-profit corporation which receives tax exemptions and privileges from the government, but systemically excludes the admission of any person who is not relatively wealthy. A critic could question the moral compass of an institution that has a faith-based foundation and takes advantage of non-profit tax benefits, but systematically excludes the admission of poor people.  A person who is a finger pointer needs to be cautioned by the reality that there is blame all around in our dysfunctional long-term care system.

As a religious and moral person, Jane felt upset and confused by what seemed like conflicting desires to do what was legally permitted for her family’s best interests, maintain the respect of her community of friends, and feel at peace in her heart. Jane’s faith had enabled her not to worry about money throughout her life, while she and Bob raised their children in a modest lifestyle before easing into retirement.  But increasingly, no matter how often her supportive children told her not to worry about money, Jane became upset that the modest family legacy she had inherited was being eroded by the cost of Bob’s care and would not be passed on to her children.

Fortunately, someone brought it to Jane’s attention that Pennsylvania’s funding system penalizes nursing homes by allowing a little more than $6,000 a month in payment for those residents who receive Medicaid, in comparison to the $10,000 they charge for the same care provided to those who pay privately.   Jane felt sympathy for the nursing homes not getting the money they needed from Medicaid.   But Jane also felt a sense of unfairness that she was probably paying more for Bob’s care because of the inefficiency of how Pennsylvania’s nursing home care is funded.

Jane explained her confusion to her family, and they helped her to get in touch with us.   Jane accepted our offer of a free phone call with our care coordinator, Karen Kaslow BS RN, and Karen was able to verify that the facts of Jane and Bob’s situation raised issues that would benefit from the guidance of one of our attorneys, who could probably get Medicaid for Bob and preserve a large portion of Jane’s legacy.  Karen arranged for Jane to receive information in advance of the meeting so that she could be prepared and allow the attorney to get the full understanding of her situation.

The role of a lawyer should be to lay out the options of what the law permits a person to do. Active involvement in several state and national elder law organizations gives our staff inside knowledge about what is happening in long-term care in Pennsylvania and around the country, so we can offer counsel about what others consider to be normal or ethical.

Occasionally, we have a client whose facts are similar to Jane’s whose attorney has said “don’t worry, you have plenty of money,” or “all the nursing home can do is to put a lien on your house and take it after you die.” Those statements are wrong on multiple levels.   Similarly, sometimes a client who has a spouse in a nursing home is not properly advised about the need to revise their will in order to protect a desired family legacy from the cost of nursing care.

If a loved one in your family is receiving care at a skilled nursing home, there probably is a way to get Medicaid to pay sooner or later.   If someone is telling you that exploring those options is unnecessary or immoral, they are offering opinions and not useful information.  You deserve to learn how the laws apply to your situation.  Then decide for yourself what is right for you and your family.

Next week’s column will focus on the process of applying for Medical Assistance. But if this situation sounds painfully familiar to the experience of your family or friend, at the average nursing home cost of nearly $325 per day, you probably should not wait to read more free advice next week.  Make an appointment with our staff to discover how you can save money sooner than later.