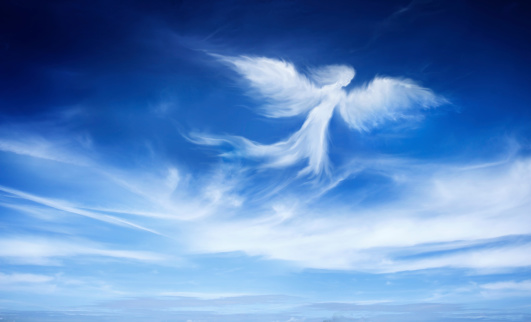 People who have had near death experiences, or who have physically died and been resuscitated, have shared accounts of traveling outside of their bodies, seeing a light or a beautiful place, and even of communicating with others “on the other side.” A similar phenomenon may occur with individuals who are dying of a chronic or terminal disease, or of old age. This phenomenon is called Nearing Death Awareness.

Individuals who experience Nearing Death Awareness may appear to be confused and/or hallucinating, as they often have visions of or conversations with loved ones who are deceased. This behavior can be very disconcerting for family members, and may sometimes be mistaken for other conditions such as delirium or terminal restlessness.

Delirium is a condition in which an individual experiences a change in awareness of his/her surroundings. Mood swings, decreased memory, a short attention span, sleep disturbances, general disorientation, and delusions and/or hallucinations are some of the symptoms of delirium.  Terminal restlessness occurs when these symptoms involve acute distress, anxiety, restlessness, and agitation.  Delirium and terminal restlessness may result from medication side effects, untreated pain, organ failure, dehydration, and infection, just to name a few causes.  The identification and treatment of delirium and terminal restlessness are important in order to promote comfort for the individuals who are affected by these conditions.

In contrast, Nearing Death Awareness is viewed by health care professionals who work with the dying as a unique process during which individuals recognize that something is happening to them. Although they may not be able to identify exactly what is happening or explain it to others, these individuals may be trying to prepare themselves and their loved ones for a transition.  These experiences should be gently explored and supported by others as they are very real to the person who is dying and are usually comforting experiences, as well.  To dismiss or minimize the experiences could cause emotional suffering for the individual.

I checked with staff members of a local hospice agency, AseraCare Hospice (www.aseracare.com), and several of their staff members responded with both personal and professional accounts of Nearing Death Awareness experiences. Some of these experiences involved visions of and conversations with loved ones who previously had died, visions of an angel, and visions of a ship approaching. Some patients, observed staring at the ceiling, have answered, “Not yet,” when asked if someone was coming for them. One staff member smelled strong cologne while visiting a dying patient (she was the only visitor in the room) and later found out from the patient’s daughter that the patient’s deceased spouse frequently wore cologne.

Steven Petrow, writing for the Washington Post, described his experiences with his mother’s Nearing Death Awareness in a July 2017 article titled “At the end of her life, my mother started seeing ghosts, and it freaked me out.” His descriptions of his mother’s behavior and how he learned to respond to her may be helpful for other families who begin to witness these surprising and potentially unsettling events.  Attempts to interpret what an individual is communicating through seemingly confused words and/or actions may be challenging, but thoughtful interaction with the individual during these times may reveal valuable insights about needs and desires which can reduce uncertainty and fear about the dying process.