Putting the Personal in Personal Care 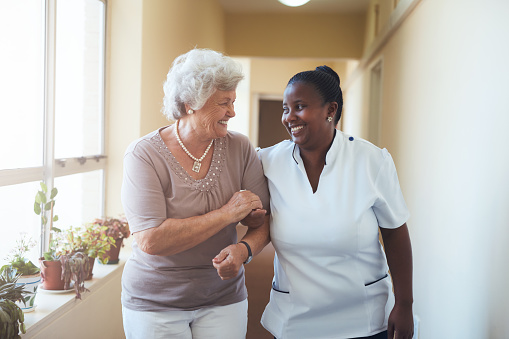 Often the only stories which are broadcast by the media about long-term care facilities highlight extreme events and inadequate care.  These stories paint a picture of nursing and personal care homes as places of neglect and despair.  In reality, many of these care facilities have staff members who are truly dedicated to making a positive impact on the lives of the residents, and some residents have opportunities for experiences which would be unlikely to happen at home.  To end 2018 and welcome 2019, here are a few happy stories from the world of personal care homes.

Artis Senior Living in Lemoyne opened just over a year ago, and they provide personal care services for individuals who are living with a diagnosis of dementia.  Nicole Schmid, Director of Community Relations, shared a story about a fundraiser the community organized in August for the Alzheimer’s Association, which allowed residents to engage with and contribute to the wider community.  Every resident was able to help run a “stand” for this Family Market Day, but one resident in particular found special meaning in this event since she had owned her own flower stand at a market for 40 years.  She took great delight in an opportunity to once again use her skills to arrange and sell flowers.  The event raised over $600.

Artis also provided an opportunity for a gentleman who was receiving hospice care to play baseball.  He had spent many years coaching basketball and baseball, and when he expressed a desire to play one more time, the staff transformed their activity room into a baseball diamond within an hour.  Everyone in the building, including staff members, other residents, and visitors joined the game.  The gentleman passed away just a few days later, and there was not a single dry eye to be found when the staff sang ‘Take Me Out to the Ballgame’ as his body left the building.

German poet Heinrich Heine wrote, “Where words leave off, music begins.”   Country Meadows Retirement Community in Mechanicsburg has witnessed this power first-hand with a resident who is living with Alzheimer’s disease.

Strategic Outcomes Manager Angela Merkel received a call regarding this resident when the resident was in the care of a local hospital. In just two days, she stopped communicating with hospital staff members, prompting them to request a transfer to a rehabilitation hospital. Since changes in the environment often impact the behavior of individuals who are experiencing Alzheimer’s disease, the Country Meadows staff desired to bring the resident “home” to complete her treatment.

After speaking with Country Meadows co-workers who care for this particular resident every day, Merkel and colleague Scott McDonald went to the hospital to see if they could help. “Our caregivers told me they play music for this resident every morning to help her wake up, and that she really loves ‘The Platters,’” said Merkel.

When Merkel and McDonald walked into the resident’s hospital room, they found her curled in a ball in the fetal position, eyes tightly closed and mouth open. “Being out of her environment brought on a level of anxiety that made her, literally, go into the fetal position and be scared,” noted Merkel.

What happened next is nothing short of amazing.

While playing ‘Smoke Gets in Your Eyes’ by The Platters, Merkel started rubbing the resident’s leg and used a calming voice to ask her to wake up. Her eyes started to flutter, and soon she was singing every word to the song. All of her tension evaporated, and her legs and arms straightened out.  She was able to sit up a bit and she was talking and laughing. The change brought tears to their eyes, and the hospital’s case manager was amazed by the transformation.  The resident returned to personal care at Country Meadows and was able to interact with her caregivers and family members exactly as she did prior to her hospitalization.

While many people consider long-term care facilities as a last resort, these examples are evidence that individualized care doesn’t just exist in one’s own home.  A quality long-term care facility will attempt to   understand, respect, and support the physical and emotional needs of every resident.  Perhaps the sharing of more of these types of stories would help relieve some of our culture’s dread of aging and long-term care in a personal care or nursing home.  Happy New Year!