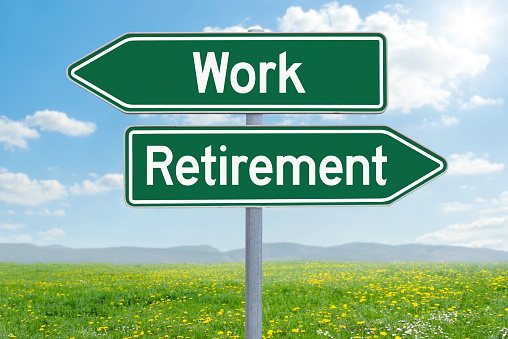 When a friend of mine reached age 60, he began to fill notebooks with questions and ideas about his retirement.  He was enjoying a lucrative career as a sales executive in a corporate environment, but he knew that at some point the daily grind of his responsibilities would come to an end.  After overcoming a scary encounter with cancer, he decided it was time to retire last summer at age 66.

My friend has always been energetic.  Over thirty years ago, he took me to see the late Zig Ziglar, who was one of the great motivational speakers of the 20th century.   Ziglar captivated me when he asked:  “This morning, did you wake up to an alarm clock or opportunity clock?”  Ziglar’s challenging question became a point of reference to me as a younger man who had career ambitions.  Even now, I occasionally need the help of an “opportunity clock” to make sure that I am “ready to go” on weekday mornings.

As a self-employed, small-business owner and professional services provider, my retirement and business succession plan does not require a complete and sudden separation from my vocation, as did the retirement of my corporate friend.   Rather than to imagine a specific time that my career will end, I have intended a transitional stage during which I will remain productive, while deliberately transferring leadership of an organization to a capable and committed successor.

Implementation of a business succession plan involves not only the personal commitment and financial investment by an entrepreneur to employ experienced consultants to create an ideal plan, but success of the plan also requires the emotional commitment of a successor.  The psychological commitment of another person can be hard to measure accurately, even after sharing future plans over a long period of time.   Not every person is wired to run a business or lead an organization, and that’s OK.

My career planning has been profoundly influenced by the works of Richard Boiles, who wrote What Color Is Your Parachute?  and The Three Boxes of Life.   For Boiles, the “three boxes” are education, vocation and leisure.   In Boiles’ ideal vision of life, the three boxes should not only intersect constantly, but occasionally seem to overlap completely.  That ideal is nearly impossible to achieve.

Various forks in my career path have required challenging and consequential decisions.   While I always have been blessed economically to have “enough,” the experience of economic highs and lows has been balanced by the blessed companionship of a spouse, who has been a forgiving life partner.  Having an unquenchable thirst to have a plan and purpose for life can be exhausting.   My belief that God is good all the time, even when short-term circumstances are inexplicably painful, give me a constant source of hope, like a light at the end of the tunnel.

A few years ago, another friend who is a decade older than I am asked about my plans for retirement.  He did so during the repartee that is fueled by coffee and breakfast pastry that serves as a prelude for a men’s Bible study group which meets Friday mornings.  At least momentarily, I felt as if I had out-wordsmithed this accomplished toastmaster and retired military officer–   I promised to consider the idea of retirement more seriously if he could help me to find the word “retirement” in the Bible.

Retirement as an economic concept originated in 1889, when a pension program was implemented by Otto von Bismarck, the first Chancellor of the German Empire.   The first pensions in America were deferred compensation programs created by private industry in the early 20th century, well before the Social Security Act was signed into law by President Roosevelt on August 14, 1935.

The appropriate age for economic retirement has evolved.   Bismarck’s plan was intended as public support for people who, by age 70, had outlived not only their means of self-support but also their life expectancy.  American industrialists saw pensions as a form of deferred compensation which would help to dislodge the increasingly less productive aging employees, whose sickness and frailty was blocking an opportunity to increase productivity with employment of younger and healthier workers.    The historical purpose and societal view of retirement continues to evolve.

Statistical analysis of current retirement trends is difficult, in part because “retirement” means different things to different people.   For example, does a person who considers himself to be retired necessarily draw a Social Security pension?  Or, does a person who draws a Social Security pension necessarily consider himself to be retired?  The answer is “no” to both questions.

I know many retirees who occasionally rely on an “opportunity clock” to make sure that they awaken in time to volunteer for a non-profit organization; to serve as a substitute teacher or class aide; to work as a shuttle driver for a car dealer; or to participate in other scheduled activities.   Motivation for retirement activity varies from an economic need to psychological fulfillment.  Experts say that retirees who remain fit, and who interact with others on a scheduled basis, will be less likely to experience depression.

I expected to be implementing a business succession plan by this time, as I now prepare to make choices about Medicare.   But I presently cannot imagine doing anything with my “retirement years” that would be more interesting than what I now do.   I feel blessed to have the privilege to walk alongside clients and share their experiences, for better and worse.   Every day, our clients help me to learn more about what really matters in life.

If you have an interest in the psychological aspects of retirement planning or succession planning, I would love to hear from you.   Perhaps you are a professional counselor who specializes in this area.   Maybe you are pondering how to prepare for or adjust to your future or present retirement.

We are offering a seminar on the subject of “Finding Meaning and Fulfillment in Retirement” on Thursday June 6th at 3:00 PM at our office.   My friend and former co-worker, Lin Good, who recently retired as Senior Vice President – Sales and Leasing for High Associates Ltd., will be a co-presenter.   Please call us at 717-697-3223 to reserve a space.   Walk-ins will be welcome as limited seating permits.