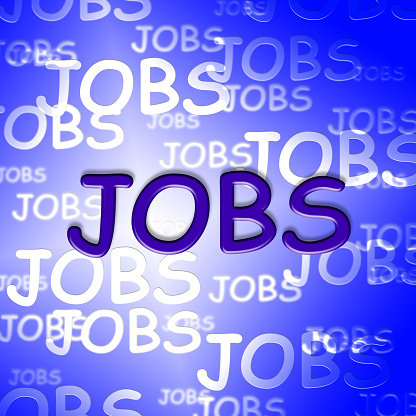 A shortage of long-term care aides threatens the availability and quality of both homecare and care received in a licensed facility. This is not solely a localized problem. As the bubble of baby boomers ages, it is a trend that is likely going to get worse before it gets better.

The Paraprofessional Healthcare Institute reported in February 2017 that the country will need five million caregivers by 2024 to keep pace with the growing demand, which foreshadows a larger problem since the population of senior citizens will double by 2050.  While citing a need for more complete data, this nonprofit projects that a sizable growth in elders and people with disabilities will cause a growing demand for paid caregivers to serve as home health aides, nursing assistants and personal care aides and at the same time claims “direct care workers are leaving the occupation in droves.”

The Institute cautions  that because 90 percent of such workers are now women, and the pool of women between the ages of 25 to 64 will grow by only one percent by 2024, a more diverse workforce is needed.  The Institute cited a 2015 survey of 700 home care agencies in which 60% of the respondents reported a caregiver shortage as one of the top three threats to their business.

Local anecdotal reports from both homecare agencies and licensed caregiving facilities are consistent with the findings of the Institute.   Various homecare agencies have reported it to be a difficult challenge to attract and keep reliable employees.  Reasons vary for employee turnover.

Some caregivers leave the employment at a facility or an agency to become independent contractors, either through a caregiving registry or directly with a client in need of care. In doing so, their net hourly compensation is likely to increase since such income is often unreported for tax purposes.  Independent contractors leave risk exposure for clients.

A homecare agency which employs caregivers usually charges more per hour for a caregiver’s service than if a caregiver is employed independently. The additional cost is justified and reduces risks by providing training, insurance, supervision, tax reporting, and provision of a back-up plan for a circumstance when a caregiver is not available due to illness or well-deserved time off.

Caregivers can suffer burn-out from the physical and emotional demands of aging clients who need help with activities of daily living such as bathing, dressing and toileting. In some instances, dementia causes older clients to become not only cranky but physically abusive.  In search of less volatile working conditions, an opportunity to be employed in the hospitality industry, or fulfillment in a distribution center, can be tempting alternatives to caregiving.

Recently nursing homes in York County and Lancaster County were forced to relocate a large number of residents due to a sudden facility problem which required evacuation until repairs were made. In one instance, a large number of both residents and caregiving employees were relocated temporarily to an empty wing of an Adams County facility which had made a strategic decision to keep a wing of its licensed facility closed.

Reasons for why that facility decided to absorb the cost of its empty facility are not clear. But several issues have been cited by other long-term care facilities of why they have considered doing likewise.  It is difficult to attract and maintain caregiving staff.  Pennsylvania authorities have stepped up the economic consequences of reported violations in licensed facilities.  Caregiver shortages and reported violations can fuel personal injury suits.

The Association cites the cost to skilled nursing facilities from tort claims brought by mostly out-of-state law firms as growing annually at a rate of nearly ten percent to an annual cost of more than $2,000 per occupied bed. The Association reported that “Pennsylvania’s Medicaid program spent more than $104 million on liability related costs in 2015, much of this in contingency fees to out-of-state predatory lawyers.”

Such lawyers advertise extensively to solicit personal injury claims related to nursing home care. Offering an additional explanation for the attrition of long-term care aids from licensed facilities, the Association said: “Perhaps the biggest tragedy is that many of the hard-working women and men caring for our seniors in nursing homes are often embarrassed . . . (by negative publicity that is) forcing many to reconsider their calling to care for our seniors.”

The Medicaid reimbursement paid to nursing homes by the Department of Human Services (DHS) is not adequate to reflect the actual cost of care.  While DHS reimbursement rates vary at a level somewhat more than $200 per day, the reimbursement rate is considerably less than the $323 average daily cost of care in Pennsylvania.   Several local facilities are invoicing private pay rates of closer to $400 per day, or not quite double what DHS will pay for the same level of care given to an indigent person.

Licensed care facilities are caught in a dilemma, since federal law requires that the level of care they offer may not be compromised because of the source of payment. Many facilities employ staff to review the medical and economic facts of persons who are pending discharge from a hospital for 20 to 100 days of Medicare-funded rehabilitation.   This systematic practice of pre-discharge admission screening allows a licensed nursing facility to reduce the probability of being stuck with the need to subsidize the long-term care of a person who cannot be sent home following Medicare rehabilitation, and whose Medicaid payment is not adequate to pay the facility’s actual cost of care.

There are no easy answers to the shortage of long-term care workers. The public sector’s efforts have thus far been fragmented and inadequate.   While it may be unjust and unfair, it is true that those who prepare in advance, have support from their extended family, and are competently advised are likely to fare better than those who chose not to think about the inevitable probability of a need for long-term care in a skilled nursing facility.