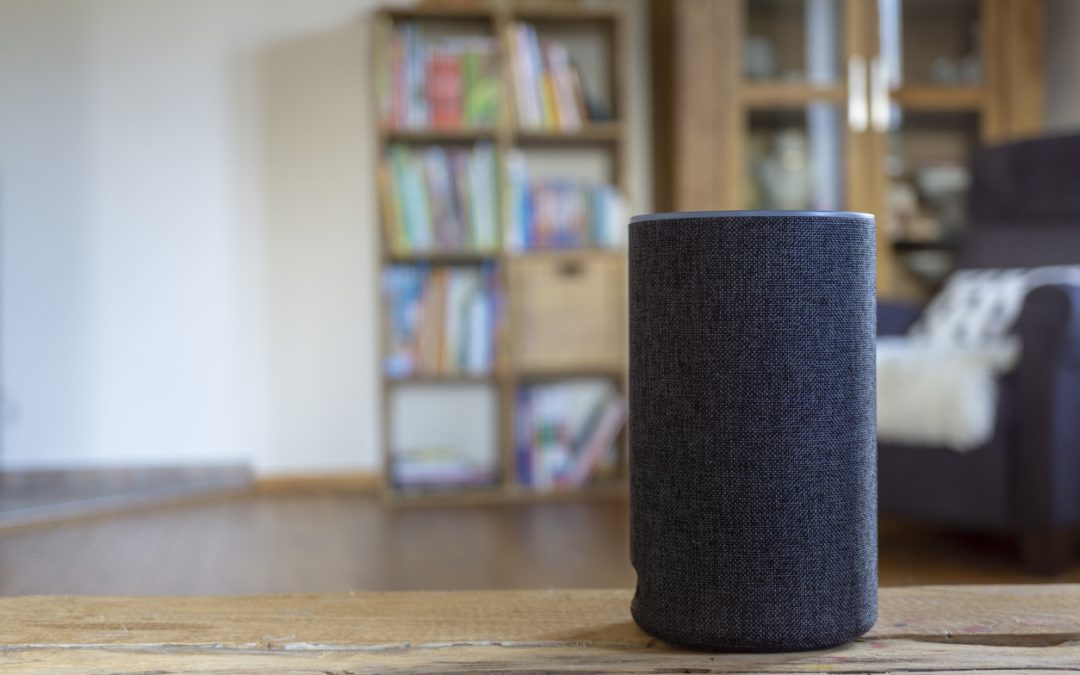 Voice assistant technology has advanced rapidly in recent years, and the question naturally arises as to how this technology can be utilized to help promote the independence of older adults.  Voice controlled smart speakers may be considered as holiday gifts for older adults, but will the older adults understand what they are receiving and utilize the technology to its full extent?  (Disclaimer:  This article is as much for my own education as for yours, as I do not use the technology on my phone to its fullest capacity and I do not own a smart speaker for my home.)

An interesting historical note is that IBM introduced the first digital speech recognition tool in 1961, which understood 16 words and 9 digits.  By 1972, Carnegie Mellon had developed a program which recognized about 1000 words.  The technology continued to improve and began to be widely used with the release of Apple’s Siri in 2011, which combined voice with smartphone use. 2012 saw the release of Google Now, in 2013 came Microsoft Cortana, and finally in 2014 we met Amazon Alexa.

Siri, Google Assistant, Cortana, and Alexa are voice assistant technology programs.  Some of the products which allow us to use these programs are voice controlled smart speakers such as Apple HomePod, Google Home, and Amazon Echo.  These products utilize a Wi-Fi connection and the internet to perform their functions when given a voice command.

The website www.voicebot.ai contains a more detailed timeline of the development of voice technology.  Earlier this year, this site released statistics about the ownership and use of voice assistant devices.  Not surprisingly, ownership of smart speakers declined steadily as age increased. 18-29 year olds had the highest percentage of ownership at 34.1% while the over 60 age group was 20.1%.

When usage of these devices was analyzed, however, it was found that the over 60 age group was more likely to use the device on a daily basis than the under 30 group. The most common uses for voice assistant technology are to ask a question, stream music, check the weather, and set an alarm.

Amazon and Google are the two most popular smart speakers in use by the general public.  Buyers should consider how the device will be used when deciding which type to purchase.  Familiarity with Google products such as Gmail and Googlemaps, or membership with Amazon Prime may influence an individual’s choice.

Access World Magazine from the American Foundation for the Blind published an article in February 2019 titled “Making Voice Assistants Smart for Seniors:  Tips for Optimizing the Amazon Echo or Google Home.”

Author J.J. Meddaugh points out several considerations for those who have only a basic understanding of technology. A smart speaker is not ready for use as soon as it is plugged in. A smartphone is required for set-up in order to download the appropriate app.  An email or Google account is also required as the settings on the device will be linked to one of these.  Since alerts and messages about the voice assistant will be sent to the linked account, if you are setting up a voice assistant for another person, carefully consider if you want to use your own account or establish a separate one for the individual.

Programming various settings on a device in certain ways can also help make a voice assistant easier to use.

How can voice assistant technology assist older adults to remain independent?  When activity is limited due to changes in mobility, memory, dexterity, vision, and/or the ability to drive, many tasks can be accomplished using voice technology. These tasks include ordering groceries; controlling smart home devices such as lights, door locks, and the thermostat; placing telephone calls (note that the ability to call 911 is not available yet); and keeping track of appointments.

In response to the significant number of its users setting their devices to provide reminders to take medications, Amazon introduced new features last month which allow consumers to link prescription information to their account and to use Alexa for improved medication management.  Currently available only to Giant Eagle Pharmacy customers, the features include setting reminders to take medication at certain times based on customer preferences, the ability to answer which medication is due when the reminder sounds, and the opportunity to order refills.

Since complications with medication management are the root cause of many emergency department visits and hospitalizations for older adults, improvement in this area is an important public health benefit.  Amazon hopes to expand these new features to other pharmacies following this initial trial.

When using voice assistants for general medication information, the ability of a particular assistant to understand the sometimes complicated pronunciation of medication names is important.  A June 2019 article https://www.aiin.healthcare/topics/research/google-assistant-tops-ai-powered-devices-medication-help  reported on a small scale study which found that Google Assistant’s ability to accurately interpret medication names was significantly better than Siri or Alexa.  So once again, how a particular device will be used is important when choosing which type of device to purchase.

Privacy and security features should also be a consideration for the purchase and use of a voice assistant device. The potential of voice assistant technology to improve the health of older adults continues to grow, and this technology is becoming a valuable tool for independence for those older adults who are willing to give it a try.