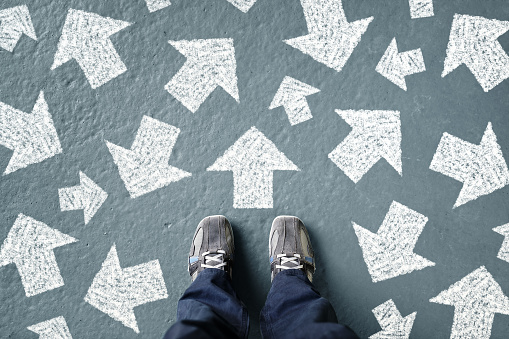 Serving as a guide to help our clients make wise decisions as they face long-term care issues is challenging. No two fact patterns are exactly alike.  Even when facts or circumstances seem to be similar, it is important to recognize that different people will often process them in a manner that reflects their individual personalities and previous experiences.

An exception to the general rule that there is no advice that is always right for every client is that we generally urge a grieving spouse to delay major decisions as he or she begins the process of grieving the loss of their husband or wife.   We are not alone in making this suggestion.   The Mayo Clinic advises:  “Don’t make major decisions while grieving. Grief clouds the ability to make sound decisions. If possible, postpone big decisions — such as moving, taking a new job or making major financial changes.”

Since most of our clients have begun to collect benefits from Social Security and Medicare, we rarely need to discourage our clients from making a significant career move. In some cases, it could be beneficial for a grieving older person who has been a longtime caregiver to get out of the house to accept a part-time job, whether it is as a compensated retail worker or a volunteer for a non-profit organization.  The opportunity to choose to schedule hours to be around other people and feel useful can be rejuvenating, unlike full-time caregiving that is exhausting.

David Kessler and Elizabeth Kubler-Ross co-authored the book, On Grief and Grieving.  They describe five stages of grief:  denial, anger, bargaining, depression and acceptance.  Recognizing those five stages, and knowing how to work through them, is a task for which a geriatric psychologist or therapist would be better suited than an elder law attorney.

However, just as it is possible for an experienced therapist to recognize a need for a client to get his or her legal affairs in order, our experience enables us to know when it is wise to slow down a process of making big decisions too quickly. Usually, the decision we try to slow down involves relocation from the family home.  Sometimes grieving, and the urge to act prematurely on such a major decision, can begin while an afflicted spouse is still living.

In the case of a caregiver whose spouse has been suffering with dementia, the loss of any emotional support and enriching companionship already may have triggered grieving to begin while the person with the dementia diagnosis is still living.   Usually, but not always, the caregiving spouse has been in the denial stage for a period of months or years, while compensating for, and attempting to conceal from others, the behavioral changes and shortcomings of the spouse with dementia. A caregiver’s denial of the changes caused by a spouse’s dementia can have a sudden ending.

At some point, the need to place a spouse in a dementia facility can be undeniable.   Some persons who have Alzheimer’s disease remain physically active and eventually begin to leave the safety of their home to take unsupervised walks which end with police or neighbors returning them home.  Other times, dementia patients confuse medications or suffer falls or similar accidents which cause them to become bedridden.

A caregiving spouse who is alone in the family home for the first time can feel a combination of negative emotions such as Kessler and Kubler-Ross describe. A desire to live under the same roof as a spouse, such as by trailing along to rent an apartment to live independently at the same Continuing Care Retirement Community (CCRC) which is caring for the spouse with dementia, can be understandable and does not need to be permanent in all instances.  While some CCRCs require a front-end lump sum before a person may move in as an independent resident, it is possible to find a CCRC which allows occupancy of an apartment on the basis of a monthly rental payment.

When a spouse is healthy and considerably younger than the afflicted spouse for whom he or she has been serving as a caregiver, it might not be the best choice to make a life-changing decision to trail along to a CCRC where the age of the average resident is considerably older than that of the caregiving spouse, especially if the life expectancy of the spouse receiving care is likely to be short.   That is not to say that it is always wrong for a caregiving spouse to make such a move, but we generally urge delaying for six months to allow an adjustment to occur and determine if the desire remains.

Another move we discourage is when the caregiving spouse of a person with an early stage Alzheimer’s diagnosis plans to relocate from the larger family home to a smaller, one-floor home. On the one hand, it is understandable that a caregiver might believe that caregiving could be easier in a smaller space.  But experience shows that it is usually difficult for person with Alzheimer’s disease to adjust to the change of any move to a different environment.

Such a move to a “more manageable home environment” is more likely than not going to result in an acceleration of problematic behaviors of the person with Alzheimer’s diagnosis. This triggers a need for 24 x 7 supervision, which is usually only affordable and sustainable with placement in a facility.   It is understandable that the caregiver’s stage of denial can lead to anger, and unproductive bargaining with family members and others who are trying to be supportive.  The predictable second move of the person with Alzheimer’s disease to a facility is likely to be less smooth if executed by a caregiver who is still unpacking the boxes from moving than if well planned by a caregiver who was not caught up in denial.

Sudden death of a loved one triggers grief, probably in a manner that is more expected and understandable. A general rule of thumb in response to such an event is to encourage the grieving spouse to try to stay busy and to allow as much as a year of time to pass before making a big decision such as relocating to a different state, moving in with children, or making a long-term commitment to a CCRC.

If you or a loved one are facing these unfortunate circumstances, you are not alone. Get help to understand the stages of grief.  Define and weigh your options patiently and prudently before acting.