An Alzheimer’s Experience in Reverse 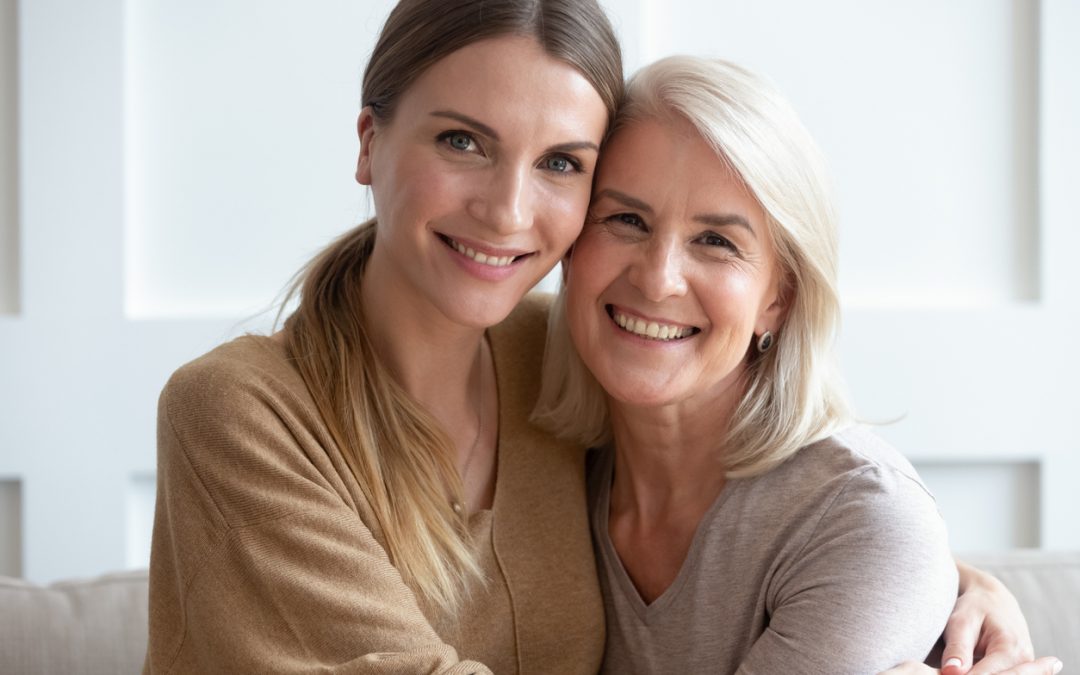 Louise celebrated her 62nd birthday last month on Mother’s Day.  Despite COVID restrictions, Louise and her 84 year old mother, Kathy, were able to spend this extra special day together since they share a home.  Although Louise initially moved in with Kathy when her marriage ended, another dimension was added several years later with a diagnosis of Alzheimer’s disease.

When you see them together, it is apparent that they share a precious bond.  They have not allowed a diagnosis of Alzheimer’s disease to dampen their enthusiasm for life.  What is a bit different about their circumstances is that it is Louise, not her mother, who received the diagnosis.  Although Louise loved working as a caregiver for a home care agency, the tide has turned and she is now the one receiving assistance.

Louise received her diagnosis in 2014, after experiencing early symptoms including misplacing items and feeling disoriented while driving.  Louise stated that she “felt like dirt” when she saw a neurologist and her mother and her daughter were initially told that Louise’s symptoms were most likely the result of emotional issues (the neurologist directed most of the conversation toward Kathy and Louise’s daughter despite Louise’s presence in the room).  They did not return to this neurologist and fortunately, negative experiences such as this have been few and far between in the ensuing years.

The neurologist’s comments were upsetting to Kathy and Louise in part because they are no strangers to Alzheimer’s disease.  Kathy’s mother-in-law and 5 of her mother-in-law’s 6 sisters had experienced the disease.  Her husband’s brother had it.  Her husband, Louise’s father, lived with Alzheimer’s for 19 years and died at the age of 80 from complications related to it.  Kathy has also already buried another child because of this condition, a daughter who was diagnosed at age 46 and died in 2013 at age 51.  When Louise began to experience symptoms, they knew exactly what was happening.

Increasing age is the greatest risk factor for Alzheimer’s disease and the majority of people who experience this condition are over age 65. However, about 5% of the 5 million Americans living with this disease have, like Louise, younger/early-onset Alzheimer’s, which usually reveals itself during one’s forties and fifties. Additional resources about younger onset Alzheimer’s are available here: https://www.nia.nih.gov/health/early-onset-alzheimers-disease-resource-list

Louise’s personality has always been gentle, and she is able to talk about the changes she is experiencing without bitterness.  She voluntarily gave up driving a couple of years ago after getting lost several times.  She sometimes has difficulty finding the words she wants to say.  Writing has become a chore, both the physical act of writing and attempting to put sentences together.

She is trying diligently to maintain daily life skills.  Recently, for the first time, she had to ask her mother for help to tie her shoes.  She then practiced repeatedly until she felt comfortable that she could complete the task on her own again. At least for a little while.

Difficulty holding a conversation has been one of Louise’s greatest losses.  She recognizes that she doesn’t talk as much any longer, although previously she was very articulate.  She refers to episodes of memory loss as “sending a data retrieval request to my brain.” Comparing her brain to a filing cabinet, sometimes she is able to locate the information she wants, but other times, even though she knows it is there, the file drawer is locked and she cannot access it.  She is also aware that Alzheimer’s has affected her “social filter,” as evidenced by her statement “I need to be careful about how I act and what I say.”

Louise’s primary concern right now is “Not to weary my mom.”  Kathy is healthy and active right now, but recognizes that at age 84, a health crisis for her would also affect Louise.  Kathy is not comfortable leaving Louise alone any longer, but Louise is able to state that she would call 9-1-1 if an emergency occurred with her mother.

Both Kathy and Louise have already completed basic planning including power of attorney documents and cremation/burial arrangements. Kathy has also created some special provisions for Louise in her will.  But there are additional questions and decisions which involve strategy more than a checklist of tasks, and Louise’s daughter is actively involved in these conversations with them.  Should they remain in their townhouse, which is quite comfortable for their current lifestyle, or should they move to a retirement community?  Are other family members willing and able to step in to help Louise if Kathy cannot do it alone any longer?  How can they maximize their available resources in order to enjoy life now while having something left if payments for care are needed later?

For those of us who have not experienced a chronic health condition, it is difficult to imagine receiving a devastating diagnosis such as early-onset Alzheimer’s.  It would be natural to develop a paralyzing fear of the future, but admirably, Louise and Kathy are focused on finding the joy in each day through activities such as music, walks, and drives through the countryside.

Feelings of doubt, anger, and loss are a natural part of the roller coaster of emotions which accompany a diagnosis such as younger onset Alzheimer’s.  But examples of resilience when faced with this challenge encourage introspection of our own personal views about life and offer hope for others who are experiencing a similar situation.