Cutting Corners on Care Planning Will Cost You 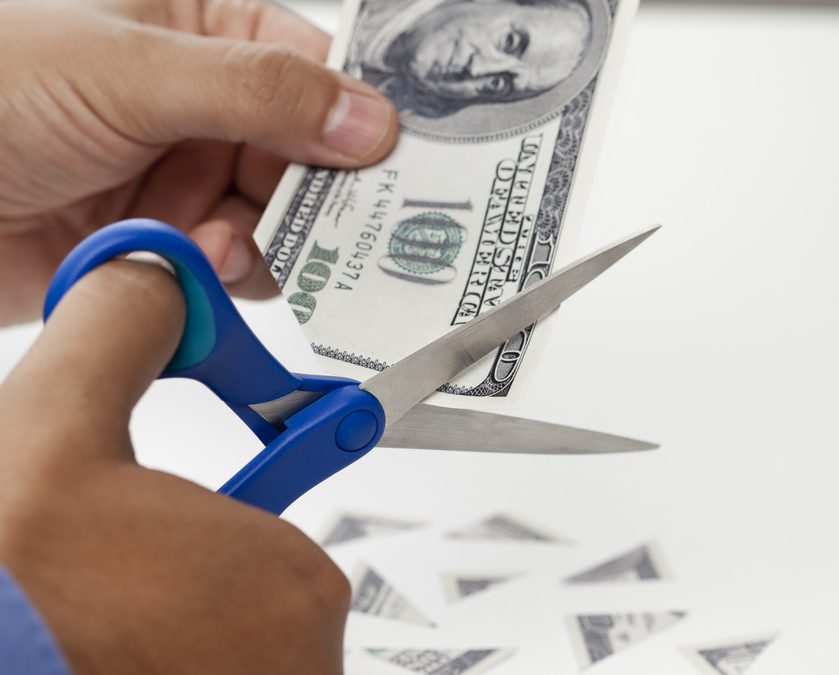 John and Mary are practical people who worked hard for everything they had and never threw money away on anything frivolous.  As John’s health declined and he needed more help, Mary did the best she could to take care of him.  When his needs progressed beyond what she could provide, Mary looked around at the cost of a personal care community or an in-home care provider and was shocked by the cost.  Friends and family encouraged her to talk to an elder law attorney about care planning, but she did not want to give her money to some lawyer.  What she did instead cost her family far more than she ever could have imagined.

Mary started paying her adult son, Tom, to come by the house in the evenings and on the weekends to help take care of John.  During the day when Tom was working, she paid Sally, a woman from church who needed the money, to help out with John’s care.  Each week, Mary pulled out $500 for Sally and $500 for Tom, and felt good about her care planning strategy.  She was helping someone who needed it and paying them money they earned fair and square helping her and John.

Sometimes she gave Tom and Sally more to thank them for everything they did to help out with John.  She was sure they had earned the money, but no one ever put anything in writing to document what was being paid to whom, and what services were being provided in return.  At the time, Mary thought it was for the best.  She did not think it was anyone’s business but theirs.  The Department of Human Services saw things a little differently.

Three years later, John’s needs went beyond what Mary, Tom, and Sally could handle, and he was running out of money.  John was hospitalized after a serious fall, and could not safely be released to return home.  He was transferred to a skilled nursing facility for what began as rehabilitation and turned into long term skilled nursing care.  The nursing facility worked with Mary to gather records and apply for Medicaid.  Because she and John were running out of money, they initially expected to be able to meet the financial requirements to qualify for Medicaid more or less immediately. https://keystoneelderlaw.com/faq-about-medicaid-for-long-term-care/

When the Department of Human Services (DHS) reviews a Medicaid application, they are required to look back through the preceding 5 years of financial records.  If a person applies for Medicaid, but the reason they are financially qualified is because they gave their property away, DHS will impose a penalty period based on the amount that was given away.  The applicant will not be able to qualify for Medicaid, and will have to pay for the full cost of skilled nursing care out of pocket, until they reach the end of that penalty period.

When DHS went through John and Mary’s financial records, they discovered a serious problem.  Over the course of the last 5 years before the Medicaid application, over $200,000 had been pulled out of John and Mary’s bank account in cash.  Mary’s explanation of what happened with the money was not enough.  It was a problem that there had never been anything in writing.  There was no contract stating terms for the caregiving arrangements and documenting Tom and Sally’s right to be paid.  There was no log of the hours Tom and Sally had worked or what services they had provided.

By the time Mary realized the problem, it was too late.  She could not go back in time to sign a contract, and Medicaid regulations would not allow her to write up an agreement that applied retroactively.  In the absence of proof, DHS presumed all of that money was gifted.  The penalty period would be more than a year.  Mary had to face the risk that John would be kicked out of the nursing home if she did not come up with the money to pay privately for the cost of his skilled nursing care, which is typically $10,000 to $15,000 per month.

If Mary had met with an elder law attorney about when she first started John’s caregiver arrangements, she could have properly documented the care planning so that DHS would not consider the payments to Tom and Sally to be gifts.  If properly documented, that would have been treated as fair compensation for services provided to John.

The elder law attorney might have gone a step further and explained that John might have been able to qualify for Medicaid to pay for in home care services.  Because Mary tried to do it herself, she put herself in a worse position in which her payments are considered gifting.  After the fact, the only way to correct the gifting may be to ask Tom and Sally to return the money they received.

Tom loves his parents and is willing to help them to pay for skilled nursing care through the penalty period, even though it requires him to dip into his own retirement savings and puts a significant burden on Tom and his family.  Sally, however, is unlikely to help John and Mary with their Medicaid dilemma.  Mary’s attempt to cut corners impoverished her whole family—a result that could have been avoided with a little planning.

Hiring a family member as a caregiver can be a great strategy to help an older person age gracefully in their home for as long as possible and preserve family assets.  A family member may be willing to perform similar services to those provided by a professional in-home care provider for a lesser charge.  Having a family member as a caregiver may help the older person to stay in their home longer, and reduce the cost of their long-term care.  DHS is generally happy to accept that payment for caregiver services provided by a family member is an appropriate use of the older person’s funds.  It must be properly documented, though.  If you are considering paying a family member to help care for yourself or an aging relative, contact an elder law attorney right away to help you set up a Caregiver Agreement that will hold up to DHS’s review, and help identify the best long-term care planning strategy for you.