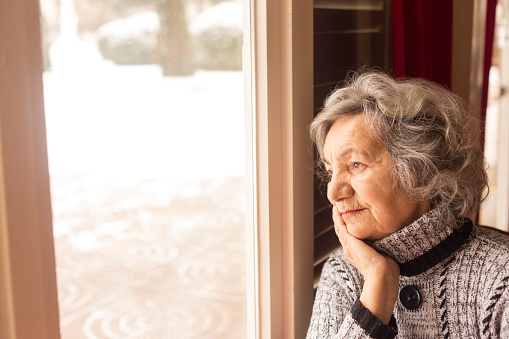 Have you noticed that a loved one seems to be behaving strangely?   Have others suggested that you don’t seem to be in a pleasant mood?   It is quite possible that such atypical behavior is related to the season of the year.

The Mayo Clinic sums it up like this: “Seasonal affective disorder (SAD) is a type of depression that’s related to changes in seasons — SAD begins and ends at about the same times every year.   If you’re like most people with SAD, your symptoms start in the fall and continue into the winter months, sapping your energy and making you feel moody.”

The National Mental Health Association (NMHA), has reported that SAD affects 10 million Americans, and says that women in their 20s are most vulnerable.  But as an older man, my feeling of winter blues is evidence that SAD should not be defined by age or gender.  Others in my peer group either complain of SAD symptoms or avoid SAD by being snowbirds in Florida.

A 2005 study by the “International Journal of Neuropsychopharmacology” reported that SAD affects ten percent of the population, but can be treated with selective serotonin reuptake inhibitors (SSRIs) and/or light therapy.  The study also noted that increased eating may be present in the majority of SAD patients, who see comfort food as a momentary relief from a negative mood.  Now I know why it is hard to resist eating snacks while holing up as a sports-watching couch-potato!

A 2010 jury trial in the U.S. District Court for the Western District of Wisconsin concluded that a school district violated the American Disabilities Act by not granting a teacher’s request for a transfer to an available classroom with more natural light.  The teacher had reported a diagnosis of SAD and complained of symptoms including “fatigue, anxiety, hypervigilance, tearfulness, racing thoughts, and trouble organizing tasks.”  This is not the only instance of SAD being treated as a serious legal issue by a court.

Now that holiday celebrations are over and it is dark when I wake up, SAD symptoms are especially noticeable for me.    I look forward to sitting in the sun for a few days at Spectrum Field in Clearwater to watch the Phillies’ spring training in early March.  Until then, I have a gadget lamp that might offset the symptoms of SAD.

You might be wondering what awareness of SAD has to do with the practice of elder law.  Lawyers have a duty under the Rules of Professional Conduct  to consider whether a client has diminished capacity.  Typically, we consider the issue of diminished capacity in relation to dementia.  While the case of the Wisconsin teacher, Elkstand vs. Somerset, has been referenced as a wakeup call for employers, perhaps it should also be for all of us.

Although SAD is a temporary disorder, which for many people might not need extensive treatment, the effect on an individual’s thought process should not be overlooked. When a lawyer believes that a client’s immediate wishes might not be in the client’s best interests, the best service might be to encourage the client to slow down and reconsider.  This is especially true if an immediate decision would create significant change.

Sometimes a spouse or child who is serving as a caregiver or advocate for a loved one in a long-term care crisis can exhibit some of the symptoms mentioned above in relation to the Wisconsin teacher. It could be wise for an attorney not to overlook the possibility of whether SAD is impeding such a client’s judgement or patience.  If so, encouraging treatment for SAD before acting could be the best advice.

For example, a devoted but exhausted spouse might have trouble fighting the urge to bring a loved one home from a rehabilitation facility, even when the discharge plan shows a need for 24 x 7 care that is impractical or unaffordable outside a licensed care facility.

Occasionally a generally healthy client might be in a hurry to revise a deliberately considered estate plan, by expressing an urge to cut a child out the Will, or to remove the child from serving as an agent, because of something that occurred or failed to occur over the holidays.

Following the death of the last parent after a long illness, a child who both served as a devoted caregiver and also was named as the personal representative of the parent’s estate, could be unnecessarily anxious to begin probate, when a vacation to a sunny destination has been well-earned and is affordable and advisable.

With all due respect to the referenced articles and the court decision from Wisconsin, Keystone Elder Law routinely encounters cognitive impairment that is much more significant than SAD symptoms.   Previous articles, now available as resources on our website, explain how the causes of symptoms of cognitive impairment can range from a temporary urinary tract infection (UTI) to irreversible dementia caused by Alzheimer’s disease or otherwise.

Although Keystone Elder Law has abundant experience and employs a Registered Nurse, we recommend that our clients with apparent cognitive deficiency should get an initial diagnosis from their general practice physician, and ask that doctor if a referral is warranted to a neurologist or neuropsychologist.

Similarly, I neither intend to trivialize SAD nor suggest that those who might not be in a position to take a vacation in Florida adopt my personal therapy of light therapy and eating comfort food. It is possible that symptoms similar to what I recognize as SAD could warrant serious medical attention, especially in an older person who has not previously been identified as a SAD sufferer.

After this weekend, there will be no live football or baseball on the television for six weeks.  As a devoted Philadelphia sports fan and couch potato, the shortage of watchable sports will amplify my SAD symptoms, whether Punxsutawney Phil has seen his shadow or not.  Watching the basketball games of the improved 76ers and NCAA’s March Madness will have to suffice until Daylight Savings Time begins on March 11th, and the later sunset brightens my spirits.

I certainly felt HAPPY when the Eagles defeated the Belichick-led, Brady bunch from New England on Sunday. It is a SAD irony that the Super Bowl was played indoors in Minneapolis, where the wind-chill temperatures were near zero. Minnesota fans have reason to feel SAD after their Vikings were trounced by their Philadelphia opponent on the Eagles’ “road to victory.”  Fly, Eagles, fly!