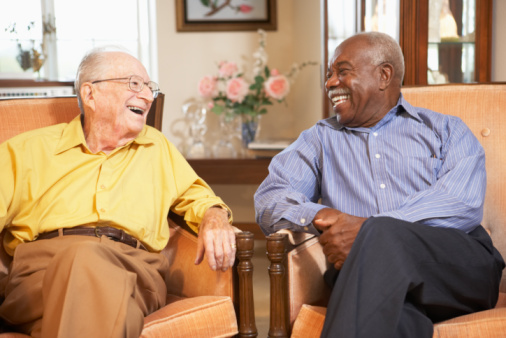 As one of four children, I fondly remember my brothers and sister teasing each other about which one of us was our parents’ favorite child.  It would make sense if my sister, Katie, was the favorite. She is the only daughter, a rose among thorns, and she happens to be one of the kindest and sweetest people I know. If you are a parent, however, you know that parents love their children equally, even if the unique needs of each child require that love to take different forms.

When anyone in a position of control plays favorites, it violates our basic ideas about fairness and causes resentment. If the government plays favorites with the people, it is especially wrong and sometimes it is downright unconstitutional.  When it comes to the government’s role in our health care system, playing favorites is especially appalling. People’s lives are on the line.

This is exactly what is happening in our country with Medicare & Medicaid. Consider two men, Mark and Brian, living on the same street. They are both 72 years old and have roughly the same finances. Both spent their working years being careful about their spending and saving their money for retirement. Mark and Brian both made estate planning decisions to leave money and the houses they own to loved ones.

In the years following these diagnoses, Mark would make frequent trips to see his oncologist for tests, chemotherapy, and radiation. A surgery would prove to be especially helpful to remove a life-threatening tumor.  Mark relied on certain medical equipment, including a walker and a wheelchair.  Medicare paid for all of these acute health care services.

Medicare never asked how much income Mark has or how much money he saved over the years. Mark never had to worry about losing his house.  Mark’s estate plan would remain intact, unaffected by the tragic cancer diagnosis.

Brian, meanwhile, gradually lost the ability to feed, dress, or bathe himself.  He had far fewer of the acute health care needs that Mark had.  Brian needed long-term skilled nursing care by caregivers who understood memory impairment.  Brian needed to move out of the house he owned and receive care in a nursing facility. The average cost for such care in Pennsylvania is nearly $15,000 a month.  Medicare paid for none of it.

Brian’s children were relieved that their father was receiving good care, but they came to Keystone Elder Law to discuss Brian’s dwindling money.  The children learned that if Brian runs out of money, Medicaid will pay for his long-term skilled nursing care. Once Brian was on Medicaid, all of his monthly income would go to the nursing facility and Medicaid would pay the rest of the monthly bill.  Although Brian would be allowed to keep his house while on Medicaid, he would have no income to pay the property taxes or costs of maintenance.

Brian’s children were shocked that their father would lose all of his savings as a result of the dementia diagnosis. They took some comfort in knowing the house would be spared and one of the children offered to pay the property taxes and maintain the house.  The elder law attorney warned the children that the house may also be lost.

When a Medicaid recipient dies after receiving care for months or years, Medicaid is not finished with that patient. Medicaid shows up in probate, the court process involved with settling a person’s estate, and sees what assets there are that can be sold so that Medicaid gets paid back for the care.  If Brian dies with that house in his estate, the house will have to be sold and the money from the sale will go to the government. Medicare does not seek repayment from an estate.

Neither Mark nor Brian had much, if any, control over the diseases that developed during their later years of life. But Medicare & Medicaid, our government health care programs, played favorites and treated Mark far better than Brian.  How many Americans will be unfairly treated like Brian?

According to the Alzheimer’s Association https://www.alz.org/, one in three older adults will die with dementia. It kills more people than breast cancer and prostate cancer combined. That figure does not include all of the people who will have a stroke, develop severe mobility problems, or have Parkinson’s disease. Those people will need long-term care like Brian’s.  They will need Medicaid unless they are wealthy enough to pay $15,000 every month for care.

Knowing that Medicare & Medicaid play favorites with your health care, what can be done about it?  After all, people who are responsible enough to make legal and financial plans for the future will rarely know what diagnosis they will receive in the later years of life. So middle-class Americans must plan as if they will be like Brian.

The law does allow people to protect their assets.  If Brian had known how the government rules would affect his income, savings, and real estate, he could have set up a trust to protect as much as possible for his children.  These trusts have to be set up years before applying for Medicaid to pay for long-term care. https://keystoneelderlaw.com/trusts-a-multi-use-tool/

If Brian’s children had known about the unfair and unequal government rules, they could have used a legal strategy to make Brian go broke by transferring money and real estate to the children before the nursing home gets all the money. This strategy must be carried out very carefully because Medicaid penalizes gifting by refusing to pay for care for a period of time.

There might have been a way to save Brian’s house from Medicaid’s estate recovery if one of the adult children had lived with Brian as a caregiver for two years.  That may not have been feasible for adult children with their own families and properties.

While I might have understood if my sister was the favorite child, I cannot accept the harsh and unequal treatment of older adults by our government through Medicare & Medicaid.   The outcomes for millions of Americans will be so different and so stressful.  The best we can do is make it our mission to show people the planning tools available.