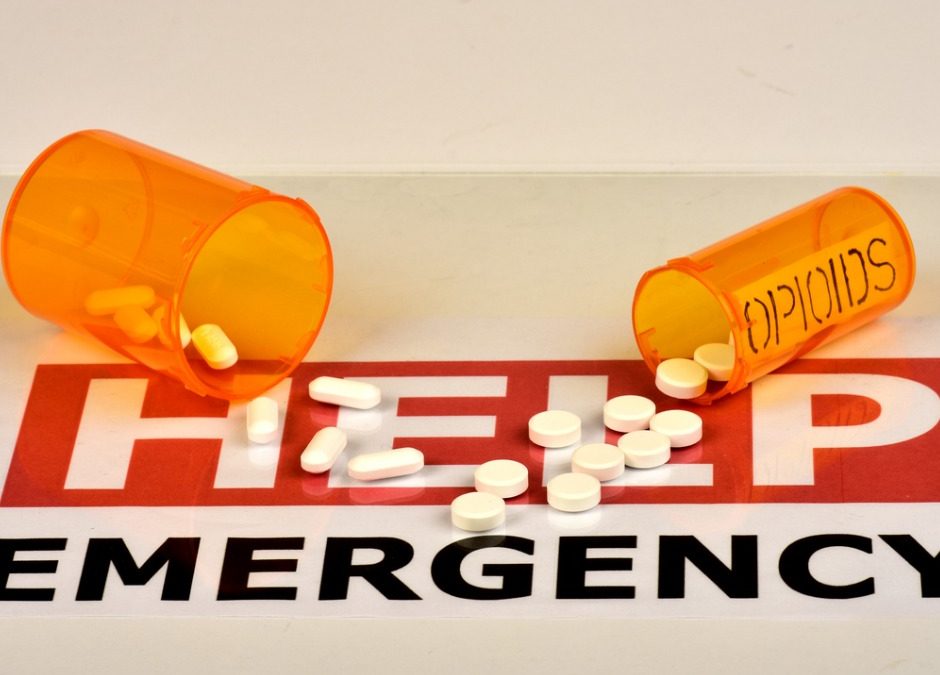 Addicts who overdose from injecting opioids such as heroin and fentanyl are not usually older persons.  But Medicare-age persons are part of “Dopesick,” Roanoke journalist Beth Macy’s new book about the spread of the opioid epidemic throughout rural areas proximate to Appalachia, including the I-81 corridor.

Older persons can be an unintentional source of opioids for their suburban grandchildren, who become addicted after experimenting with pills that are not missed when taken from a medicine cabinet.

Some older adults have sold their prescription opioids for additional income, fueling addictions of victims they will never meet.  Others obtain illegal opioids when they can no longer afford or get access to their prescribed pills such as OxyContin, oxycodone and hydrocodone.

One example is a local 75 year-old woman who was hospitalized for addiction to heroin, which was supplied by a family member when she was no longer able to get an opioid prescription for her chronic pain.  This was an unintended consequence of the 2016 Guideline For Prescribing Opioids For Chronic Pain, issued by the Center for Disease Control (CDC).  CDC’s Guideline is based on three principles:  “(1) Non-opioid therapy is preferred for chronic pain outside of active cancer, palliative, and end-of-life care; (2) When opioids are used, the lowest possible effective dosage should be prescribed to reduce risks of opioid use disorder and overdose; and  (3) Clinicians should always exercise caution when prescribing opioids and monitor all patients closely.”

This recent restraint on the prescription of opioids for chronic pain follows a 20 year period when corporate drug pushers measured profits in billions of dollars, while looking the other way as opioid pills were redirected to the black-market.  For example, Congressional hearings found that Miami-Luken provided 20.8 million opioid pills over seven years to pharmacies in Kermit, West Virginia, a town of only 3,000 residents.

At the center of Macy’s “Dopesick” is OxyContin, introduced in 1995 by Purdue Pharma, which claimed it to be “a safe medication for relief of pain.”  Purdue’s strategy to push sales of OxyContin included: (1) recruiting physicians with lavish “educational trips” to resorts; (2) paying bonuses of over $40 million in 2001 to sales representatives; and (3) giving free prescriptions for a 7 to 30 day supply, causing some users to become hooked.

Numerous governments, including Cumberland, York, and Dauphin Counties, have filed lawsuits against Purdue, a private company that is mostly owned by the Sackler family, who in 2015  joined the Forbes list of the wealthiest families in America.

The U.S. Justice Department secured a criminal conviction against Purdue Pharma which included a fine of  $640 million, only a fraction of the profits from OxyContin.  Rudy Giuliani served as Purdue’s attorney and negotiated a deal to avoid jailing of the Purdue executives or a federal ban on sales of OxyContin.

Ironically, last week Purdue received a patent to prescribe a buprenorphine patch for opioid addiction, which the CDC characterizes as an “epidemic,” having a “first wave (that) began with increased prescribing of opioids in the 1990s,” such as Purdue’s OxyContin.  On the same day, Colorado’s Attorney General announced the latest lawsuit, accusing Purdue of “intentional misconduct” related to “Purdue’s habit-forming medications coupled with their reckless marketing.”   As a measure of what is at stake, the Council of Economic Advisers estimated that the opioid crisis cost Americans $504 billion in 2015, or 2.8 percent of the Gross Domestic Product (GDP).

Governor Tom Wolf implemented a policy change earlier this year to make medically-assisted treatment (MAT) more accessible in Pennsylvania, a move that Macy’s research supports, and which is consistent with “medication-assisted therapy” that is endorsed by the Trump administration.  Medications such as Suboxone and Vivitrol, coupled with psychotherapy, can help people stop using heroin or abusing prescription opioids.  Although some proponents of a “12 step recovery model” criticize that MAT substitutes one addiction for another, most experts believe MAT is an effective way to fight opioid addiction, which is a ruthless killer.

According to the CDC, from 1999 to 2016, more than 630,000 Americans died from drug overdoses.   To put that in perspective, consider that Brown University’s Watson Institute for International and Public Affairs estimates that in a similar time period, less than 395,000 people were killed directly in the combined violence of the wars in Afghanistan, Iraq and Pakistan.

The CDC says that from 1999 to 2014, more than 165,000 Americans died from overdoses related to prescription opioid medication.  That is the same number of civilian deaths that the Watson Institute estimates as having occurred during the Iraq War over the same time period.

This comparison to casualties of war is a reminder that, following the Civil War, America experienced an epidemic of opioid addiction among amputees and others suffering from the physical and emotional wounds of that war.

A 2017 publication titled “Raising Awareness and Seeking Solutions  to the Opioid Epidemic’s Impact  on Rural Older Adults” said that rural Americans are nearly twice as likely to overdose on prescribed painkillers as are urban dwellers.   Although persons who are older than 65 have a death-from-overdose rate of about a third of that of the general population, a 2010 study of the National Institute of Health reported “a large and rapidly increasing level of long-term opioid use among the population at large, particularly among older persons.”

Older persons also experience collateral damage.  Instead of freedom during retirement, they may raise a grandchild because of their own child’s opioid addiction or death.  They hide family heirlooms to prevent them from being stolen by their children who are desperate to raise cash for opioids.

Experts fear that the complex issues of aging  baby boomers who got hooked on opioids prescribed for work-related injuries,  post-traumatic stress disorder (PTSD) and chronic pain disorder will exhaust the future resources of organizations that serve the aging, offer protective services and deliver healthcare.

Keystone Elder Law is sponsoring a Symposium for Professionals in Health Care and Long-Term Care on Wednesday October 24th.  It features a keynote address on “The Opioid Crisis and its Impact on Older Pennsylvanians,” offered jointly by Secretary Teresa Osborne of the Department of Aging and Secretary Jennifer Smith of the Department of Drug and Alcohol Programs.  Information about other speakers, continuing education credits and registration is available on our website: https://keystoneelderlaw.com/symposium/