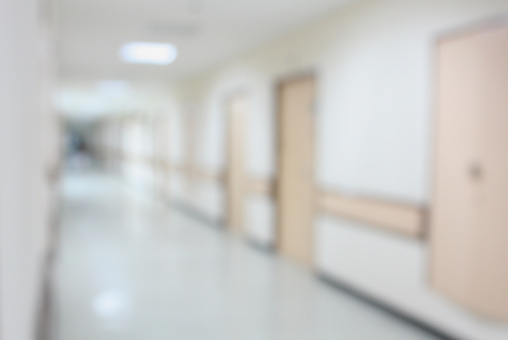 The healthcare needs of retired Americans have led to growing costs of staggering proportions that are already too big to manage with an outcome which pleases all parties.   Clearly, Congress, the Center for Medicare & Medicaid Services (CMS), hospitals, and nursing homes need to get their acts together!

Recall the adage that when one dares to point a finger at another, there are typically three other fingers on the pointer’s hand which point back at him.   So as I point my finger at others, I am mindful of my fingers which point back at me.  They represent:   my not wanting to give the federal government more as a taxpayer; my errors and omissions when it comes to making the best choices for my personal health and fitness; and the reality that I look forward to lower health insurance costs when I become eligible for Medicare within the year.

With that disclaimer, it is increasingly noticeable that older persons seem to be in the role of being the “hot potato,” whom healthcare providers seek to avoid having in their possession when the music stops.

Hospitals are reluctant to code a patient as being “admitted” instead of “held for observation” because the hospital risks not being reimbursed for care if the person is readmitted for the same issue within thirty days of discharge.  After discharge from hospitalization, CMS will only make Medicare Part A funds available for rehabilitation in a long-term care facility if the patient was coded as being admitted to a hospital.    At times, nursing homes are reluctant to accept patients who utilize Medicaid since these payments fall short of the nursing homes’ actual costs.

Even if you aren’t a senior citizen like me, you should care about the cost of care because you will be paying for me and other older persons.  And unlike the hot potato in the child’s game, you can’t just drop us.   We became “entitled” when President Johnson signed the Social Security Amendments in 1965 which promised healthcare to retired Americans.

Shortly after the youngest of the baby boomer demographic cohort reaches full retirement age in 2030, the U.S. Census Bureau projects that one in every five Americans residents will be retirement age.   According to data from the National Institute of Health, nearly fifty percent of an individual’s lifetime healthcare expense occurs after 65 years of age.   The National Center for Health Statistics reports that one third of all healthcare expenses occur during hospitalization.

When considering these trends, it is clear why CMS, which oversees federal healthcare expenditures, has been revising the method of reimbursing the healthcare provided by hospitals and skilled nursing facilities to discourage hospital admission.   When hospital readmission occurs for the same diagnosis within a thirty day period, which is called “recidivism,” hospitals can be financially penalized.

As advances in healthcare technology and pharmacology extend life spans, and conditions such as Alzheimer’s disease, Post-Traumatic Stress Disorder (PTSD) and opioid addiction increase the expenses for retired persons’ care needs, the cost assumptions of when the healthcare promise was made over fifty years ago are no longer accurate.

The futuristic novel 2030, published in 2011 by comedian, actor and director Albert Brooks, is not a comedy.   Brooks’ novel looks at difficult choices occurring in the year 2030, when retired persons are expected to outnumber children for the first time in U.S. history.   In Brooks’ novel, political and social tension develops as younger people express resentment at how their standard of living has suffered to pay for older persons’ entitlement programs, the majority of which are Medicare and Medicaid.  If the 6,000 CMS employees who manage over sixteen percent of the federal budget’s expenditures are not successful at reducing health care costs, Brooks’ novel may become viewed as prophetic.

CMS phased in the Hospital Readmission Reduction Program over five years ending in 2017.  Data have been gathered to measure hospital readmission experience among similar hospitals so that penalties are imposed when readmission rates exceed the national average.   Specific causes of admission which are tracked include:  heart attack; heart failure; coronary artery bypass graft (CAPG); Chronic Obstructive Pulmonary Disease (COPD); pneumonia; and hip or knee replacement.   Hospitals which focus on care for psychiatric conditions, rehabilitation, long-term care, children, cancer, and certain rural hospitals are not subject to the penalty.

Nearly 80% of all hospitals contributed to pay $528 million in penalties in 2017.  The average penalty of penalized hospitals was 0.74% as a reduction in payments across all of the hospital’s Medicare admissions, including those which did not result in readmission.  The penalties may be effective since hospital readmission rates have declined over the five year period since 2012.

This represents a policy shift from CMS’s historic practice, which has been to base payments on just the quantity of the services that nursing facilities provide.  Beginning October 1, CMS will withhold two percent of Medicare payments to all nursing facilities in order to fund these incentive payments, which will be redistributed on a merit-based system which uses complex statistical formulas and algorithms.

The American Health Care Association (AHCA) expects that skilled nursing facilities will need to educate staff on how to implement multi-dimensional strategies and use assessment tools to identify patients who are a high risk for readmission.   AHCA predicts that more in-house skilled nursing staff will be used who are trained to coordinate care and offer palliative care.  Some local skilled nursing centers have encouraged patients to enroll in specific Medicare Advantage plans which fund such in-patient treatment at nursing facilities.

For older persons like me, Value Based Purchasing is expected to result in better care.  Younger persons are also expected to benefit from the cost savings achieved as a result of older persons not being readmitted to hospitals as frequently.