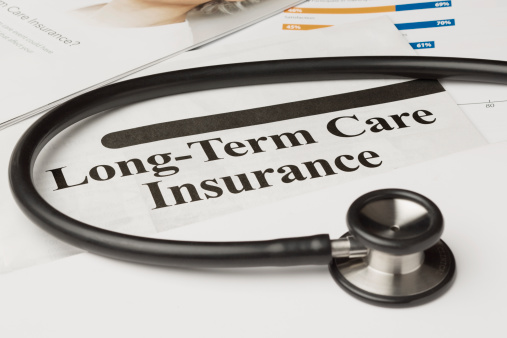 Long-term care insurance (LTCI) is an important and valuable tool to help to preserve family wealth, while getting necessary care in response to increasing frailty. At the very least, home care becomes a statistically probable need for those who have the good fortune of living independently until age 81.  My personal and professional experiences have proven the value of LTCI many times over.

As is true for most people, I expect that as I become more likely to need care, I will become tighter about spending my money, and maybe less open to having a stranger come into my home to provide a service. My children know to remind me that, “as the one who was so wise to invest in the insurance to have the home care paid for and available, it would be foolish not to use it!”  When I have shared that perspective, I have heard some remarkable responses.  Here are three of my favorites, with names changed to protect the foolish.

“My long-term care insurance is with Smith and Wesson,” so boasted Moe, who honestly believed that he “will know when the time comes” and take matters into his own hands. Curley, a well-known local lawyer, told me with a straight face that he would “go buy a Harley, wind it up to maximum speed, and never feel a thing.”  Such statements not only insult the notion that life is a gift, but also ignore the reality that most people adapt and continue to value their life, despite becoming increasingly frail over time, or suffering a sudden disability.

Others believe that any insurance that does not involve an eventual pay-out is a waste of money. Larry assured me that he only bought homeowner’s insurance because his mortgage lender required it; and he bought auto insurance because of PennDOT’s requirement!  Larry sounded to me like he might be a real Stooge, since he apparently had more confidence in the fire department and his ability to avoid an accident with an uninsured driver than in his ability to save wisely.   Larry bought life insurance because “at least that way I can leave something for my kids.”

Decades ago, LTCI often was called nursing home insurance. Jesse Slome, director of the American Association for Long Term Care Insurance (AALTCI), said “I sometimes refer to long-term care insurance as nursing home avoidance insurance because often having it in place allows an individual to be cared for in their own home.”   According to data provided by AALTCI, 54% of new long-term claims starting in 2016 began in the home.   According to Slome, that is a 3% increase in comparison AALTCI’s 2012 data.

AALTCI reported that 14% of new claims began with the claimant in an “assisted living community.”   Due to unusual licensing provisions in Pennsylvania, only around 3% of intermediate care facilities are licensed as Assisted Living Residences.  Although commonly referred to as assisted living, most “assisted living facilities” are actually licensed as Personal Care Homes.  For reasons our previous columns have explained, that has created a loophole in Pennsylvania, which can create confusion getting a LTCI claim paid for care in a Personal Care Home.  Give me a call if that is a current concern for you.

Because of my numerous contacts with the Pennsylvania Insurance Department over the years to advocate about LTCI for consumers, one of the Deputy Commissioners invited me to meet with Commissioner Teresa Miller. I invited Robert G. Preston of Professional Insurance Services to join me.  Jesse Slome’s AALTCI organization has recognized Bob Preston as one of Pennsylvania’s top 5 producers in LTCI for each of the past 10 years.

Preston and I were impressed with Commissioner Miller, who met at length with the two of us and a couple of her top staff. Shortly thereafter, Commissioner Miller announced a change to allow insurance companies to offer Pennsylvania consumers who want to qualify for Partnership-approved LTCI polices to have the option to select a fixed inflation adjustment as low as 1% annually, down from a previous minimum of 3% annually.

In a statement last September to announce the change, Commissioner Miller said “I believe this change will offer greater consumer choice while still making sure all long-term care partnership policies provide needed protection for our citizens. Insurers have supported this step as one way they could lower, and in some cases, even eliminate proposed premium increases for consumers.”

Insurers companies will only issue LTCI policies to applicants who are in relatively good health. The cost depends on the applicant’s age and the type of coverage that is requested.  AALTCI says that most people start long-term care planning between ages 52 and 64, but 7.8% of successful applicants were age 65 or older.