Lack of Local Treatment For Individuals with Dementia and Aggression: Part II 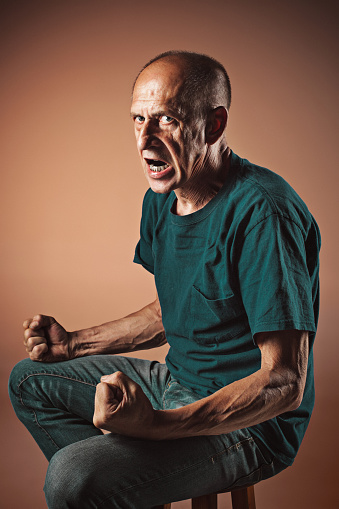 The availability and accessibility of inpatient care and treatment for individuals who are experiencing dementia and aggression is sorely lacking in the Central Pennsylvania area. Last week’s article introduced a local couple, both age 80, who unsuccessfully sought assistance from a local hospital emergency department.  The husband had hit his wife during an episode of agitation related to his Alzheimer’s disease, and was sent back home with only a prescription for an antipsychotic medication and a list of phone numbers for long term care facilities.

Fortunately, although he continued to experience agitation, his aggression did not reach this level again while attempts were made to navigate the system and obtain appropriate care and treatment for this gentleman. Initially, telephone calls were placed to find hospital units which accept geriatric psychiatric patients with symptoms of dementia. The local emergency department physician was incorrect when he stated that no hospital psychiatric unit will accept this type of patient.  There are some in existence, although they are few and far between.

Additional challenges exacerbate finding hospitalization for dementia and aggression. Even when behavioral health units which will accept individuals with symptoms of dementia are located, finding one with an available bed is difficult since these beds are in high demand due to their scarcity. If an available bed can be located, but is in a facility that is 2-3 hours away, is it feasible to try to transport a potentially agitated person in a private car? Will a private ambulance service agree to transport a potentially agitated and aggressive individual? Finally, even if the transportation can be arranged, strict protocols exist for referring and admitting patients to psychiatric units.  Is it logical to believe that an individual with dementia and agitation will understand the need for treatment and sign consent to receive such treatment?

Involvement of the county crisis team seemed appropriate in order to obtain approval for an involuntary commitment, which includes transportation to a hospital (if needed) and initial admission for 72 hours so that an individual can at least be evaluated. After all, didn’t this gentleman pose a threat to his wife’s safety?  Unfortunately, in this situation the likelihood of receiving county approval of a petition for an involuntary commitment (also called a 302) was slim to none.  For a successful petition, a threatening behavior which has occurred must be related to a psychiatric condition.  The conditions which cause the behavioral symptoms of dementia are considered physical illnesses, so dementia with dangerous behavior falls between the cracks and does not qualify as a mental health crisis.

If an agitated person with dementia refuses to sign consent for treatment, and an involuntary commitment cannot be obtained, are there any other options? A possible solution finally came from the director of the behavioral health unit at Easton Hospital in Easton, PA (one of the hospitals which will accept older adults with dementia).  He suggested that some counties in Pennsylvania will allow a power of attorney to sign a voluntary consent for psychiatric treatment.  However, the first step toward treatment is always medical clearance by a hospital emergency department.  This couple learned to be careful and chose a hospital which understands the process of obtaining psychiatric treatment for this type of patient. The local hospital this gentleman initially visited obviously did not understand the process.  As a result, when he went to a second emergency department which would help him obtain further treatment, he was required to have some of the same tests repeated.

The director from Easton Hospital’s behavioral health unit recommended Schuykill County as one which permits a power of attorney to sign consent in this type of case. Specifically, he mentioned the Lehigh Valley Health Network. The LVHN-Schuykill East Norwegian Street facility proved to be the answer. A discussion with a member of their psychiatric clinical assessment team revealed that this facility has a 12 bed senior behavioral health unit and that even if their unit is full, a patient can be evaluated in their emergency department and approved for treatment.  Their team will then conduct a bed search to locate placement in another hospital- based geriatric psychiatric unit.

At this point, the final destination for treatment didn’t matter. A hospital had been found which would conduct the necessary evaluation and coordinate the process for obtaining inpatient care.  Why are our local hospitals not equipped to accomplish this task?

This gentleman was able to be safely transported by his family to the above mentioned hospital. Although the behavioral health unit was full upon his arrival in the emergency department, about two hours into his evaluation a discharge miraculously occurred and a room became available. When his behavior has been stabilized, the next challenge will be locating a long term care facility which will accept an individual with a history of agitation and aggression.  Hopefully, there will be at least one local facility which will not have a “No Vacancy” sign out.