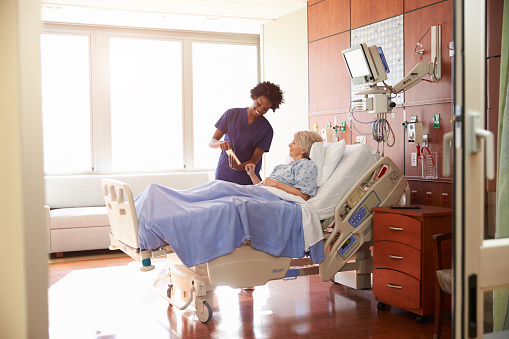 Since the word admission is defined literally as the process of being allowed to enter a place, common sense would suggest that a hospital patient is admitted when taken from the hospital emergency room to spend a night in a bed upstairs.   Unfortunately, Medicare regulations allow hospitals not to “formally admit” such a patient for two days, but instead to code the patient as being “held for observation.”

Medicare policy has long been that “observation services are . . . outpatient services given to help . . . decide if the patient needs to be admitted . . . An inpatient admission is generally appropriate when you are expected to need 2 or more midnights of medically necessary hospital care . . .”  Due to confusion and abuse of this policy, the Notice of Observation Treatment and Implication for Care Eligibility Act (NOTICE Act) became law effective October 1, 2016.  It requires that acute care hospitals must provide oral and written notification to patients who are classified as outpatients or observation status patients for more than 24 hours.  Written notice of non-inpatient status must be provided within 36 hours. A specific form known as the Medicare Outpatient Observation Notice (MOON) must be used beginning March 8, 2017. CMS anticipates that more than one million patients will receive the MOON annually.

Hospitals can be reluctant to admit patients, especially when the primary diagnosis relates to dementia-caused symptoms. The Affordable Care Act (Obamacare) has provisions which penalize a hospital for the readmission of a patient within 30 days of an inpatient stay.   Use of “observation status” Medicare coding avoids the financial risk caused by patient readmission.

Pennsylvania’s Hospital Observation Status Consumer Notification Act of October 22, 2014 became effective April 20, 2015. The Act requires a hospital to notify a patient who has received hospital services for 23 consecutive hours if the patient has not been “formally admitted.”  Pennsylvania has not enforced this Act with regulations; although the New York Times reported that New York has regulations to fine hospitals up to $5,000 per violation.

The words of federal Medicare policy and Pennsylvania law are clear. A patient has a right to assume to have been admitted by the hospital if he or she has been in the hospital for at least three midnights and not been given proper notice to the contrary. But this right is not always respected.  Recently, a Cumberland County hospital neither admitted nor gave proper notice to a patient who received hospital care for eleven consecutive midnights.

After 12 days of excellent hospital “observation” care, the hospital determined that the patient could not be discharged safely to home. A long term care facility was found to accommodate the patient’s continuing needs, which included inpatient rehabilitation which benefitted the patient. Fortunately, the family was able to pay the $400 per day expense for the rehabilitation facility’s room and board, which would have been paid for by Medicare Part A as a claim of nearly $40,000 if the hospital had coded the patient as admitted.

a lawyer who understands Medicare can help a family to respond to a hospital’s misuse of the observation and admission law. Generally, when a Medicare-eligible service is about to end, a service provider must give written notice which provides opportunity for a telephone appeal within 48 hours.  A written appeal follows, usually to an independent Quality Improvement Organization (QIO), which is a contractor for the Center for Medicaid and Medicare Services (CMS).  Finally, the patient has a right to file an appeal to a federal Administrative Law Judge (ALJ).

Although the ALJ appeal is a lengthy process, we have won such appeals and recovered the wrongfully denied Medicare claim for our clients. Unfortunately, the ALJ neither has authority to assess punitive damages to a care facility for violating the law, nor to require that our legal fees be paid by the party who wrongly denied our client’s claim.  The Medicare ALJ system provides no apparent financial risk to the hospital for compromising the patient-centered Medicare policy to protect against the hospital’s financial risk of the patient’s readmission.

Federal law at 42 U.S. Code Section 1983 allows a victim to sue “any person” who knowingly has violated the victim’s Civil Rights. Section 1983 law suits have been used successfully as a court of last resort for landowners against officials who misuse regulations to block an unpopular development proposal at the expense of an individual landowner’s property rights.  Because a successful Section 1983 suit makes the decision-maker who knowingly misbehaves personally liable for damages, and because punitive damages and the legal fees incurred in pursuing a just recovery in federal court are recoverable from such a wrong-doer, Section 1983 actions have been a successful tool, not only to recover damages from wrong-doers, but also to deter future wrong-doing by others.

A hospital decision-maker who is responsible for supervising the Medicare coding decisions should be competent to understand both Medicare-related regulations and Pennsylvania’s law. When such a person violates federal and state law by failing to give required notice to the patient, any person who is involved in the chain of command has violated the patient’s rights.  The patient is damaged to the extent that the patient is unable to receive a Medicare benefit for which they otherwise would be eligible; and damage could be severe if the patient goes without necessary treatment because of being without financial resources to pay without Medicare.  If a federal court would determine that a hospital official has violated the patient’s Civil Right to due process of the Medicare regulations as protected by the Constitution’s Fifth and Fourteenth Amendments, such an official could have personal liability under Section 1983 for damages, which can include punitive damages and legal fees.