Driving Safety and Aging Part I 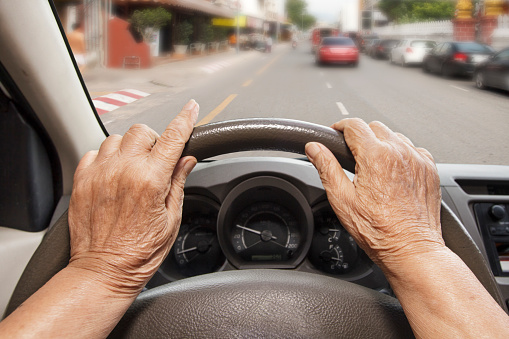 Driving safety is a sensitive issue for many older adults and their families.

PennDOT reports that the number of drivers age 65 and older in our state has increased steadily over the last 10 years, from 1.6 million in 2010 to over 2.3 million in 2020. But age alone cannot be used to determine one’s fitness to drive, since the ability to drive safely is dependent upon cognitive and physical skills, which vary greatly among older adults.

Due to the highly sensitive nature of driving safety, families often tend to delay or avoid discussions with older drivers until obvious impairment exists, at which time heightened emotions are present, as well as increased risks for both the driver and the general public.

An accurate understanding of statistics related to older drivers, signs of potential safety risks, and techniques that can be used to share concerns with older drivers can lead to earlier and calmer discussions which preserve the dignity of the older driver and allow opportunities to pre-plan for changes in driving ability.

People often assume that older drivers are more likely to be involved accidents than the rest of the driving population. PennDOT publishes an annual report of statewide crash statistics in numerous categories. Its data from 2020 revealed that out of the total number of drivers involved in car crashes in Pennsylvania, all of the older age groups (61-65, 66-70, 71-75, and over 75) had a lower percentage of drivers involved in accidents than the younger age groups. These results applied to both men and women.

The results may be due in part to alterations in driving habits that older adults often practice, such as reducing nighttime and highway driving, observing speed limits and avoiding drinking and driving.

However, it is significant to note that when the data was broken down by the location and types of crashes, it revealed that older drivers are more likely than other age groups to be involved in crashes which occur at intersections and crashes which involve multiple vehicles.

All driving situations require complex skills and quick decision-making, but navigating intersections is one of the more challenging tasks of driving. Normal age-related changes, the presence of certain medical conditions and even side effects of medications can limit the ability of older adults to handle certain driving situations safely and effectively by causing alterations in vision, hearing, attention, reaction time, strength, flexibility and coordination.

When they are involved in a motor vehicle accident, older adults are more likely to experience severe injuries, medical complications and death than younger adults, due to the physiological changes that occur with increasing age and the presence of chronic health conditions. This is true for both older drivers and passengers. In addition, because they generally keep their cars for longer periods of time, older adults often lack the latest safety innovations in their vehicles which could help protect them in an accident.

Although numerous health conditions exist which can impact an individual’s driving safety skills, health care providers cannot “take away” an individual’s driver’s license. This decision is only made by PennDOT. http://www.dot.state.pa.us/public/DVSPubsForms/BDL/BDL%20Publications/Pub%20345.pdf

However, guidelines are in place for health care providers to report to the state the presence of certain disorders or disabilities which may impair an individual’s ability to drive safely. Some of these conditions include limitations of vision; seizure disorder; unstable diabetes; heart or circulatory conditions that cause fainting, dizziness or lack of coordination; neuromuscular, orthopedic and other conditions that limit the use of one or more joints or extremities for more than 90 days; and mental conditions that potentially lead to inattentiveness, increased aggression, hallucinations and contemplation of suicide.

Private individuals may also report concerns about a person’s driving to the state. When writing to PennDOT, the full name of the driver, birth date and home address or social security number must be provided. The individual sending the report must also sign the letter and provide contact information in case PennDOT has additional questions. The driver will never be notified of the source of the report.

When a report is made to the state about a medical condition that may impair driving skills, an evaluation is completed which can result in the addition of restrictions to driving privileges, the recall of a license, a request for more information or the need to complete a driver’s examination.

Medical reporting can also be made to reverse previous driving restrictions or license recall. In all cases, these reports are confidential, and the individual about whom a report is filed will not have access to it. Anyone who provides a report to the state is immune from civil or criminal liability. PennDOT believes that medical reporting by health care providers is the most effective option for preventing medically-impaired individuals from driving.

Next week we will consider some of the warning signs that an older adult’s driving safety is impaired. https://keystoneelderlaw.com/driving-safety-and-aging-part-ii/